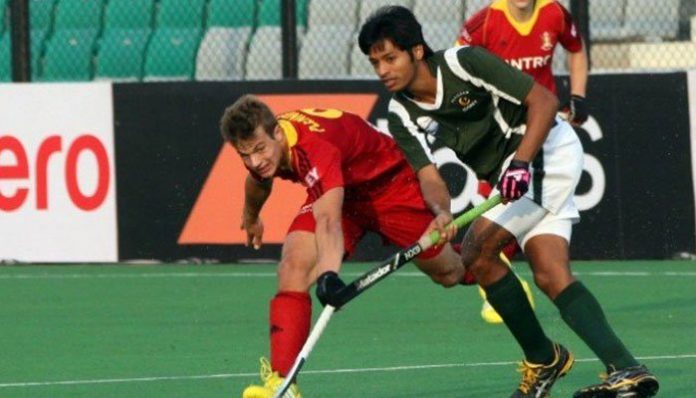 HOLLAND, (DNA) Pakistan got 6th position in the Champions Trophy hockey tournament when they wre defeated by Belgium on penalty shoot outs.Earlier the match ended in a draw. Both teams scored two goals each in the stipulated time.Pakistani players played well in this match as compared with rest of the matches. But Belgim played well at the end of the day.