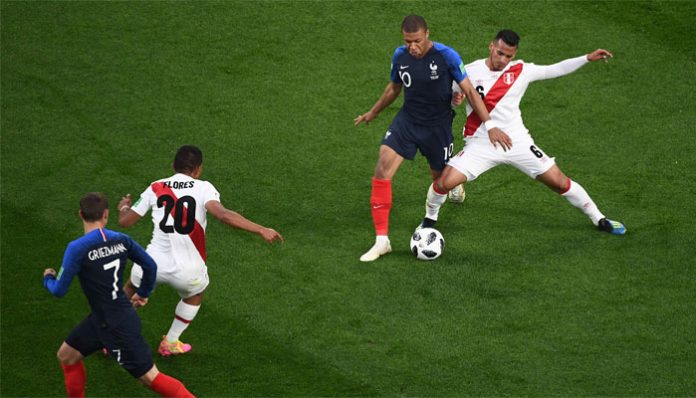 MOSCOW, (DNA) -France reached the last 16 of the World Cup on Thursday after Kylian Mbappe´s 34th minute goal defeated Peru.Chelsea striker Olivier Giroud will start for France against Peru in their World Cup Group C encounter on Thursday with coach Didier Deschamps dropping Ousmane DembeleFrance will seal their spot in the knockout rounds with victory thanks to the 1-1 stalemate between Australia and Denmark and defeat for Peru will end their Russian campaign.

The 31-year-old Giroud will be the focal point of the French attack, with starlet Kylian Mbappe and Antoine Griezmann playing off him.

The 21-year-old Barcelona man Dembele pays the price for making little impact in France´s stuttering 2-1 victory over Australia in their opener.

Tottenham Hotspur and France captain Hugo Lloris will win his 100th cap for his country in Yekaterinburg, the most eastern city at the World Cup.