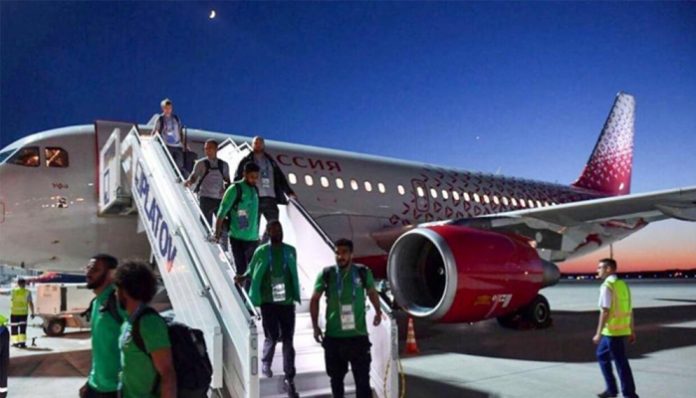 MOSCOW: (DNA) – The Organizing Committee of the FIFA World Cup 2018  apologized to Saudi Arabian Football Federation (SAFF),  a day after it was reported that a plane carrying Saudi Arabian team caught fire mid-flight.In a letter sent to the SAFF, the committee said that the aircraft which caught fire would no longer be used for transportation of teams taking part in the World Cup.

the committee also attached a statement with the letter from the State Civil Aviation Authority of Russia with regard to the incident that took place on Monday.

The statement noted that flames were noticed on the right wing of the plane while it was landing.

“The situation did not necessitate an emergency landing. The plane landed normally because the aircraft engines were operating smoothly,” the statement said .

According to The Independent, a British news website, the Airbus A319 aircraft was flying from St Petersburg to Rostov-on-Don ahead of the Saudis’ second Group A match against Uruguay when the incident took place.