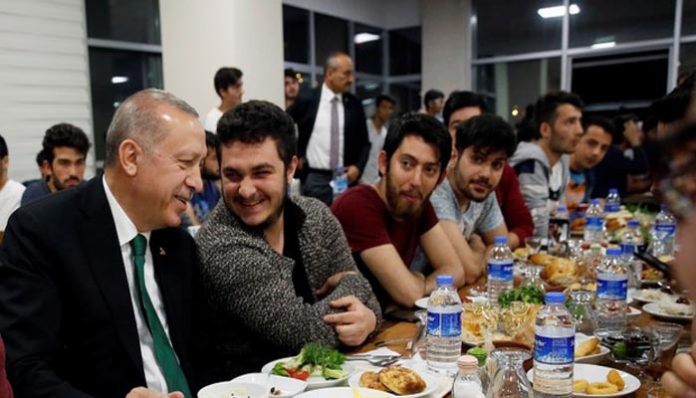 ANKARA, JUNE 08 (DNA) – Turkish President Recep Tayyip Erdogan last week surprised a group of students with a rare gesture that one could expect least from a powerful leader that he is.Reports are that the Turkish strongman was invited through a Twitter message by a student of Ankara Yildirim Beyazit University to join them  for pre-dawn  meal at their dormitory.

Turks call Ramazan’s pre-dawn “Suhoor” while in Pakistan it is called Sehri.

The student named Gungor Atak wrote a message in Turkish language to the president: “”Dear President, could you perhaps be our guest at the Hüseyin Gazi dormitory and have suhoor together?