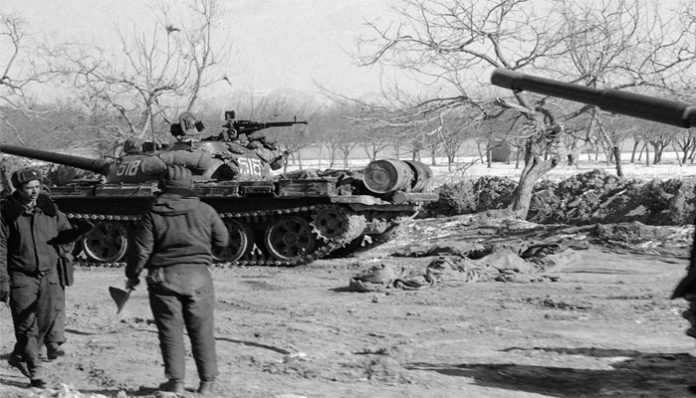 MOSCOW, JUNE 02 (DNA) – : A Russian pilot who was missing presumed dead after his plane was shot down three decades ago during the Soviet intervention in Afghanistan has been found alive and wants to come home, Russian military veterans said Friday.”He is still alive. It´s very astonishing. Now he needs help,” the head of the paratroopers´ union Valery Vostrotin told.

Vostrotin, who heads the Russian side of a Russian-US joint commission on prisoners-of-war and soldiers missing in action, declined to name the pilot for reasons of confidentiality.

The man was shot down in 1987 and is likely now to be over 60, the deputy head of veteran´s organisation Battle Brotherhood, Vyacheslav Kalinin, told the news agency, adding that he now wants to come home.

during the course of the war between 1979 and 1989, 125 Soviet planes were shot down in Afghanistan.

When Soviet troops pulled out in 1989, around 300 soldiers were listed as missing. Since then some 30 have been found and most returned to their home countries.

Kommersant business daily reported that only one Soviet pilot was shot down in 1987, naming him as Sergei Pantelyuk from the southern Russian Rostov region, who went missing along with his plane after taking off from Bagram airfield, now a US air base, north of Kabul.

The head of a local veterans´ organisation said that his mother and sister are both alive.

Senator Frants Klintsevich told that this was far from the only such case. He said that he had met a former Soviet soldier on a trip to Afghanistan a few years ago who refused to give his name and spoke Russian with difficulty and said it was too late for him to go back.

Former Soviet soldier Bakhretdin Khakimov, who was interviewed by in 2015, was one of those who opted to remain in Afghanistan. He was seriously wounded and was nursed back to health by local people and then converted to Islam.

He told: “I stayed in Afghanistan because Afghans are very kind and hospitable people.”