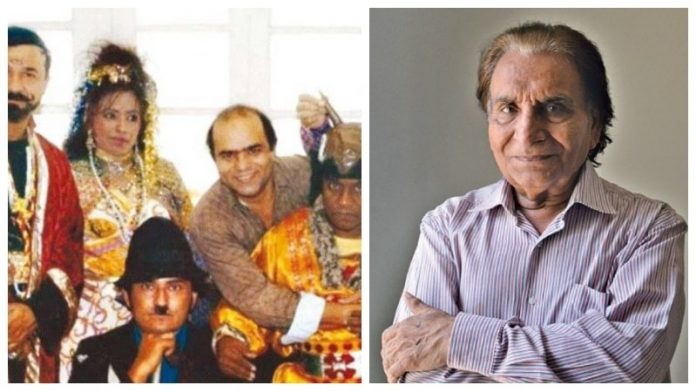 He remembers the agony of living in a mud house with its roof leaking on rainy days. Veteran television producer, director and writer Hafeez Tahir was born to a working class family of Mian Mir village of Lahore.Watching trains chugging on the tracks near his village is among the rich memories of his childhood.“The track was so close to our house that we would feel the vibration of the trains and rush to the rooftop using wooden ladder before it passed-by,” he recalls.

When his father got a job in Kuwait while he was quiet young, rest of his family moved to Gulf and he was left behind. However, it proved to be a blessing in disguise for him, as he learnt to live independently at a tender age.

A keen interest in literature and performing arts dates back to the early days of his childhood.

“In junior school, one of my teachers noticed my talent and assigned me with the task of preparing a speech on renowned orator Attaullah Shah Bukhari.

“I was confused while facing the school assembly, but the overwhelming response from the students encouraged me and after that I never looked back. Debates, acting on stage and creative writing became my lifelong romance,” he says.

Being part of the literary and dramatic societies at the Islamia College Railway Road helped him evolve as a writer.

“I was lucky to be groomed by Prof Eric Cyprian, Prof Minhaj, Prof Amin Mughal and Prof Shohrat Bukhari. They equipped me with a progressive ideology to look at art, politics and social fabric, which had a lasting impression on my works,” he acknowledges.

He got admission to the National College of Arts in 1968, and left it during the second year after he got the highest marks in English during the foundation course.

“My teacher Rehmani Sahib advised me to leave architecture and go for literature. It was a watershed moment in my life,” he recalls.

His first poetry book Aathwaan Rang was printed in 1980, followed by another of Urdu poetry Zair-e-Zameen in 1993.

For the last few years, he is focusing on writing for children and his novel Manzil Manzil has been published a few months back. He is currently working on his first collection of Punjabi poetry, to be published by the end of this year.

Being the founding member of the Pakistan People’s Party, Hafeez Tahir witnessed the rise and fall of the party. His poetry reflects how a massive pro-people movement was betrayed.

“Political culture got distorted due to execution of Zulfikar Ali Bhutto; things would have been entirely different had Bhutto not been hanged,” he laments.

“Bhutto betrayed (people) in the first place; he is celebrated as a hero, but he might have been a villain of Pakistan’s political history (had he been alive).

“His fate would have been different had he implemented his slogan of ‘Roti, Kapra aur Makan’.

“Unfortunately, he unleashed (on his associates as well as opponents) a feudal hidden under his political persona. A lot of committed people like J A Rahim, which were very close to him, were humiliated,” he relates in a bitter tone.

While working as the associate editor for a magazine at Nespak, renowned actor Farooq Zameer Ghouri took him the PTV, where he started a regular job as a production assistant in 1980. He retired in 2017. His career is marked with numerous popular productions, including Ainak Wala Jin, which became his hallmark as a producer.

“The success of Ainak Wala Jin inspired me to venture into children’s literature,” he says.

“I started as a poet; but working as a film journalist for six years during mid-70s helped me develop as a prose writer,” he adds.

His multifaceted career includes his ventures as a photojournalist. His pictures were acknowledged and awarded six times by the National Press Trust. Rarely exhibiting his work, he kept on working for his own pleasure.