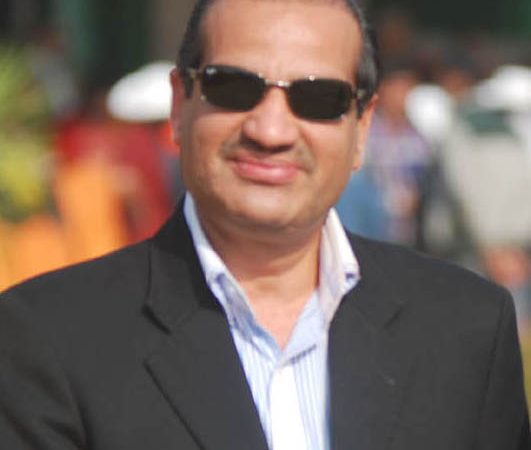 Ambassador of Palestine Walid Abu Ali has been posted to Malaysia for his next assignment. Ambassador Walid spent almost six eventful years in Pakistan during which he not only championed adequately the cause of Palestine but contributed significantly towards bringing peoples of both countries even closer.

Despite being a non-diplomat, Ambassador Walid Abu Ali exactly knew the guiding principles for the conduct of an ambassador, whether coming from a diplomatic or non-diplomatic background, to promote bilateral and people to people relations.

Presumably, the biggest achievement for an ambassador is that the head of state visits the country where he or she is serving. In the case of Ambassador Walid Abu Ali, the President of the State of Palestine visited Pakistan on two occasions, which is a unique feather in his cap. Also, owing to his dedicated, concerted and tireless efforts Palestine now has a beautiful embassy in the diplomatic enclave.

With limited space and resources to build such a compact premises was of course a daunting task, however,  Ambassador Walid did it with utmost ease as if he were an architect by profession.

During his six years stint as an ambassador he set some worthwhile precedents for his successors to emulate. The incoming ambassador of Palestine will have a daunting task in order to maintain the momentum set by Ambassador Walid and move further beyond.

During my 29 years of journalistic career, I have come across hundreds of ambassadors and high commissioners but only few do I recall and admire for their meritorious services not only in the field of diplomacy but also for their humanitarian work.  Ambassador Walid Abu Ali deservedly is one of them.

Very benign by nature; despite knowing fully well who’s who he maintained a pool of selected but true friends, Ambassador Walid will be well remembered in Pakistan.

One can confidently say he will continue to serve his country with same spirit even in Malaysia. Ambassador Walid is blessed with a wonderful down-to-earth family.  We wish them well and may God bless them all.

The momentous Korean Summit between leaders of both North and South Korea on April 27 after over 65 years is a great milestone event of the decade. The declaration by leaders of both neighbours that Korean War will be formally declared over, to be announced later this year, and they would work towards peace on the peninsula is a great feat.

However, important aspects regarding denuclearization of North Korea an expected precondition for the actual peace will only be settled after other summits planned to take place later this year.  Yet this is indeed a very historic development.

The Koreans have rightfully desired to end the Korean War instead of the existing armistice. The Korean détente is also historic in the sense that it seeks to put an end to decades-old hostilities that have claimed tens of thousands of lives.

While the Korean rapprochement may not be fully acceptable to the American administration at this initial stage, peoples of both countries nevertheless have heaved a sigh of relief and happiness. In another article, I will dilate further upon various pros and cons of the particular meeting.

As it goes, better late than never, the Koreans finally have decided to co-exist peacefully. Let us all appreciate and back their efforts because wars are not a solution to problems rather they actually aggravate and multiply problems.

Pakistan and India also need to take a lesson from the Korean initiative and try to mend their fences amicably so as to serve peoples of both the countries majority of whom live below the poverty line.