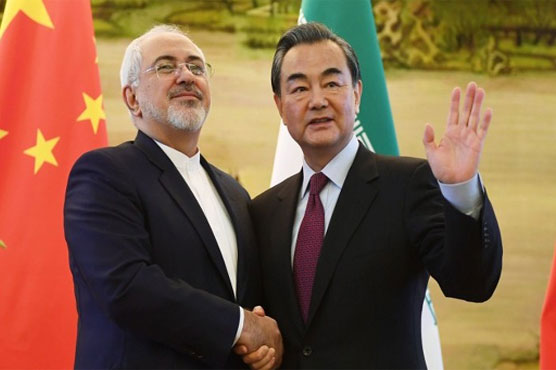 BEIJING, MAY 18 (DNA) – The US decision to reimpose sanctions on Iran could scare off European investors but oil-thirsty China may step into the void and ramp up business links with the country.China, which is already Iran’s top trade partner and one of its biggest buyers of crude, has signalled that it intends to keep working with the Islamic regime despite the US move.

Beijing is a signatory of the 2015 Iran nuclear deal that had eased sanctions on Tehran, but President Donald Trump quit the accord earlier this month and said Washington would reinstate punitive measures.

Beijing now has its sights on the expansion of a major Iranian gas field, with state-owned oil company CNPC set to replace Total if the French energy behemoth withdraws from the project over US sanctions.

Trump’s move to reimpose sanctions will affect all firms that operate in US dollars or do business on American soil, hitting European companies especially hard.

But the lure of fresh hydrocarbons could prove irresistible for China, the world’s largest crude oil importer.

Iran is currently China’s fifth top oil supplier, with more than a quarter of its output going to Beijing. Bolstered by the flow of black gold, Chinese-Iranian trade leaped by 20 percent in 2017 to $37 billion.