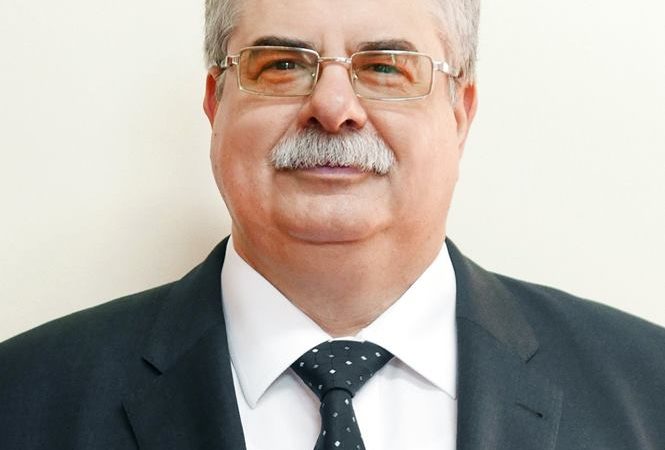 ISLAMABAD, MAY 01 (DNA) -On May 1, 2018 Russia and Pakistan are celebrating the 70th anniversary of establishing bilateral diplomatic relations. Our countries are bound by strong ties of friendship based on mutual respect and partnership, desire for multi-faceted and equal cooperation.

Russia attaches great importance to its relations with Pakistan, particularly taking into account the latter’s influence in the Muslim World as well as in South and South-Western Asia, which directly border southern frontiers of the CIS.

Trade and economic relations between Pakistan and the USSR were established in the early 1950s, with signing of the Agreement on Economic and Technical Cooperation. But its real development began in 1961 when the Soviet Union provided a considerable loan to Pakistan which helped to start development of the country’s oil and gas fields.

In 1981 the thermal power plant “Guddu” was commissioned with the participation of Soviet specialists. A successful construction of the Pakistan Steel Mills (PSM) in Karachi in 1985 with a capacity of 1.1 mln tons of steel per year became a milestone in the successful bilateral relations.

The further impetus to economic cooperation between the two countries was given in 1990s. Three units of the Muzaffargarh Thermal Power Plant were constructed and commissioned with the help of the Soviet company “Technopromexport” in 1993, 1994 and 1995 respectively.

During the visit of the Prime Minister of Pakistan Nawaz Sharif to Russia in April 1999 the Intergovernmental Agreement on Trade and Economic Cooperation was signed.

One of the main result of the signed agreement was establishment of the effective institutional mechanism of our bilateral interaction on March 30, 2000 – the Intergovernmental Commission on Trade, Economic, Scientific and Technical Cooperation (IGC).

Besides, within the IGC framework the First Pakistan Russia Investment Forum was held in which over 80 Russian businessmen, officials and experts from various sectors participated.

As a result the prospects of widening the scope of bilateral trade became much more distinct. A significant achievement of the IGC 4th session is also initiation of the Draft Agreement on Settlement of Mutual Financial Claims and Obligations on operations of the former USSR.

The IGC 5th plenary session in Moscow held on November 30, 2017 and chaired by the Minister of Industry and Trade of Russia D.V.Manturov and the Federal Minister for Defence of Pakistan Khurram Dastаgir Khan has added pace to dynamic development of our economic relations.

The meetings of the following bilateral bodies were held successfully in Moscow in 2017: the 1st session of the Joint Working Group on Trade and Investment (November 28-29), the 5th session the Russia-Pakistan Joint Working Group on Energy (November 29).
Energy is the most promising sphere of our cooperation. The Intergovernmental Agreement on construction of the “North – South” Gas Pipeline from Karachi to Lahore was signed on October 16, 2015 in Islamabad by the Minister of Energy of Russia A.V.Novak and the Minister of Petroleum and Natural Resources of Pakistan Shahid Khaqan Abbasi. The pipeline with a length of 1100 km and a capacity of up to 12.4 billion cubic meters of gas will connect the terminals in Karachi and Lahore for receiving liquefied natural gas. The project assumes the maximum use of technologies, materials and equipment produced in Russia, involvement of Russian research, design and construction organizations. This is going to be a big step towards Pakistan’s self-sufficiency in energy.
The legal basis of our bilateral economic cooperation was further strengthened in 2017 by conclusion of the Intergovernmental Agreement on Cooperation in the Sphere of Liquified Natural Gas Supplies on October 13. Besides, the Russian company “Gazprom EP International B. V.” and the Pakistani “Oil and Gas Development Company LTD” have signed Memorandum of Understanding on July 4 in Saint-Petersburg.
Pursuing further investment opportunities in Pakistan the Russian consortium of companies “Himmash Apparat” and “Orpheus Energy” signed an agreement on January 27, 2018 with the Khyber Pakhtunkhwa Oil and Gas Company Limited for establishing an oil refinery in Kohat with capacity to purify 200,000 barrels oil per day.
According to the prior signed contract the Russian company “Russian Helicopters” has supplied the governments of Punjab and Balochistan with one helicopter Mi-171 each in 2017.
On January 15, 2018 the Central Bank of the Russian Federation and the State Bank of Pakistan have signed in Moscow the Memorandum of Understanding on Bilateral Banking Cooperation.
Interaction between the regions of Russia and Pakistan has also gained momentum in 2015-2017. A visit of the delegation of the Trade Development Authority of Pakistan to Moscow and Saint Petersburg in September 2015 discovered new exciting opportunities for business links with Russian counterparts. A follow-up trip of a group of Pakistani businessmen to Tatarstan and Bashkortostan, two industrially developed regions of Russia, in 2016 promises to open new vistas for bilateral trade cooperation between the regions of our countries.
Inter-regional cooperation was facilitated by the visit of the President of the Republic of Tatarstan R.N.Minnikhanov to Lahore and Islamabad (March 17-19, 2017). His Lahore visit was marked by the 1st Tatarstan-Punjab Business-Forum, during which the following important documents were signed: Agreement on Cooperation between the Lahore Chamber of Commerce and Industry and the Chamber of Commerce of the Republic of Tatarstan, as well as Memorandum of Understanding between the State Autonomous Institution IT Park, Kazan and the Center of Entrepreneurship «PlanX» of the Lahore University of Information Technologies in the Sphere of High Technologies.
Interaction on the level of the Russian and Pakistani regions was enhanced by the Agreement between the Government of Saint-Petersburg and the Government of Sind on Cooperation in the Trade, Economic, Scientific, Technical and Cultural Fields signed on October 23, 2017. The Saint-Petersburg – Sind Business Forum was also held on the basis of the Saint-Petersburg Chamber of Commerce and Industry.
The trade between Russia and Pakistan started developing rapidly – its volume has grown by 33.6% and reached USD 541 million in 2017 mainly due to increase of the Russian export to Pakistan by 96.3% (USD 261 million). Pakistani export to Russia has grown by 2.9% – USD 280 million.
Our economic relations are facing huge challenges. Definitely, a trade amount of USD 541 million does not correspond to potential of cooperation between Russia and Pakistan. Various objective factors have been affecting our links, including geographical distance and existing financial counterclaims between our countries related to the Soviet period.
However, we see a lot of promising opportunities in the economic field. We intend to diversify trade and investment contacts, improve the legal framework of our relations. Russian business circles are ready to implement mutually beneficial projects in energy, railways, telecommunications and IT. Russia has put forward a number of proposals to enhance cooperation in construction of offshore gas pipeline, power and refining plants, crude oil and oil products supply, geological exploration, steel industry, advanced optical and aeronavigation systems, digital TV, promotion of aircrafts, railcars, trucks, medical and agriculture equipment, water and sanitation facilities, advanced IT and pharmaceutical products to the Pakistani market.
The untapped potential of our economic cooperation is huge and has yet to be fulfilled. We are sure that the combined efforts of Russia and Pakistan will result in a new impetus to development of our multi-dimensional economic interaction.

The Writer is the Ambassador of the Russian Federation to the Islamic Republic of Pakistan.