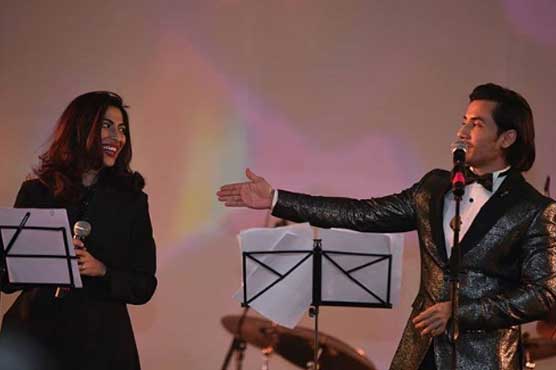 APR 23 (DNA) – Meesha-Zafar spat on Monday took a new twist after Ali Zafar on Monday sent a legal notice to Meesha Shafi over hurling ‘reckless accusations’. The legal notice stated that Meesha Shafi had hurled reckless allegations at Ali Zafar and made false claims pertaining to sexual harassment. Ali Zafar—in his legal notice—demanded Meesha Shaif to issue an apology on media within 15 days.

Zafar further warned against filing defamation suit worth Rs100 mln in session court if Meesha does not apologise.

Ali Zafar has also categorically dismissed all harassment allegations against him. Meesha, in a recent Twitter post, had accused Ali Zafar of sexual harassment.

“I have been subjected, on more than one occasion, to sexual harassment of a physical nature at the hands of a colleague from my industry: Ali Zafar. These incidences did not happen when I was young. or just entering the industry. This happened to me despite the fact that I am an empowered, accomplished woman who is known for speaking her mind! This happened to me as a mother of two children.”

Pakistan’s showbiz industry has been rattled by ‘harassment allegations’ levelled against Ali Zafar by renowned actress and singer Meesha Shafi. Since then, a nationwide debate has emanated on issues like ‘women empowerment’ and feminism following Meesha-Zafar Twitter spat with fans of both celebrities exchanging heated arguments on popular social media websites.