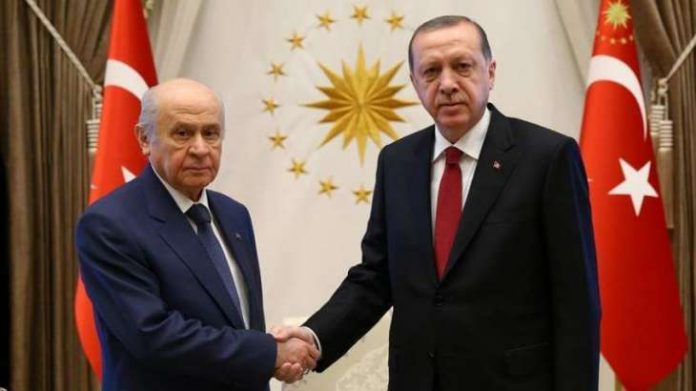 The meeting, which started at 13.30 local time (1030GMT), comes after Bahçeli made a call on Tuesday for early elections in Turkey.

The meeting between the two lasted for a half-hour, according to a presidential source, who asked not to be named due to restrictions on speaking to the media.

Speaking at his party’s parliamentary group in the capital Ankara, Bahçeli had said: “It should be known that the MHP wants early elections after the [constitutional] adjustment laws are enacted.

“Electing the president on Aug. 26 […] is the most rational and reasonable way forward.”

On April 16, 2017, Turkey held a referendum during which the majority of voters decided in favor of an 18-article bill to switch from a parliamentary to a presidential system.