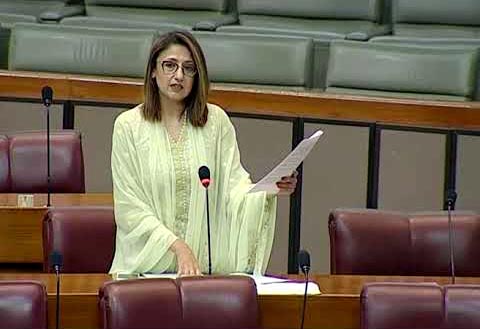 PARIS, APR 10 (DNA) – Pakistan is fully committed to the mandate and principles espoused by UNESCO and appreciates UNESCO’s valuable contributions in promoting dialogue and cultural diversity which have ameliorated lives of millions of people through education and scientific cooperation. This was stated by Dr. Shezra Mansab Ali Khan Kharal, Member National Assembly of Pakistan while delivering country statement at the 204th Session of the Executive Board of UNESCO held in UNESCO Headquarter in Paris.

Dr. Shezra Mansab assured the Executive Board that Pakistan would fulfill its obligations to UNESCO and would continue to work together with the global community in striving for an equitable, just, tolerant, open and socially inclusive world.

The Pakistan’s representative stated that Government of Pakistan has embarked on a broad based programme for social sector development, and education especially girls education remains an area of priority. In this context, she referred to Pakistan’s voluntary contribution of US$ 10 million to setup Malala Fund to supplement UNESCO’s efforts for promoting girl child education globally. She also thanked Governments of the Republic of Korea, Italy and Qatar for their substantial contributions to this Fund.

She welcomed Director General proposal for strategic transformation of UNESCO and emphasized that the new reform process should conform to UNESCO’s core mandate, ensure inclusiveness and transparency and preserve intergovernmental character of UNESCO.

During her stay in Paris Dr. Shezra will also be meeting with President of General Conference, President of Executive Board and Senior officials of UNESCO Secretariat.