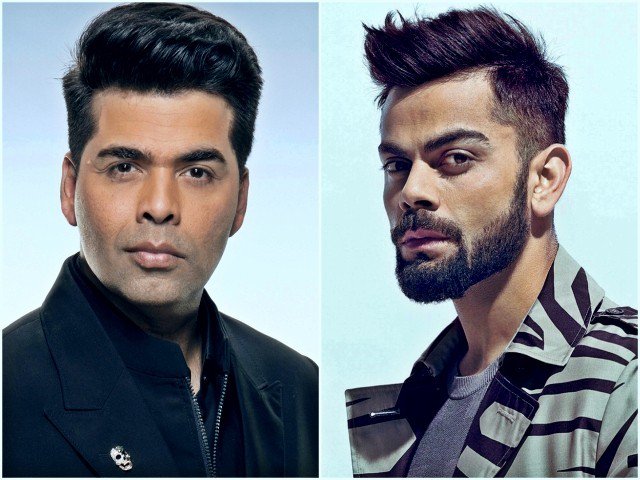 NEW DELHI, OCT 27 (DNA) – After launching Varun Dhawan, Alia Bhatt and Sidharth Malhotra with Student of the Year, we can definitely say that Karan Johar has an eye for potential talent. Recently, the Badrinath Ki Dulhania director was all praise for Virat Kohli. The Indian cricket team captain seems to have impressed many, including Karan, with his acting skills as he appeared in an advert alongside girlfriend Anushka Sharma. Apparently, Karan is pretty keen on signing Virat in one of his upcoming films, However, no confirmations have been made as of now. Guess we will just have to wait and see!

For the meantime, rumours are rife regarding the couple tying the knot at the end of this year. that Virat has established that he will not be available for a test match selection and limited overs series against Sri Lanka, due to ‘personal reasons.’Virat and Anushka first met on set for a TV commercial and they haven’t been able to stay away from each other since.

The pair has never shied away from going out in public together – The Jab Harry Met Sejal star has even been seen accompanying her beau on his cricket tours.