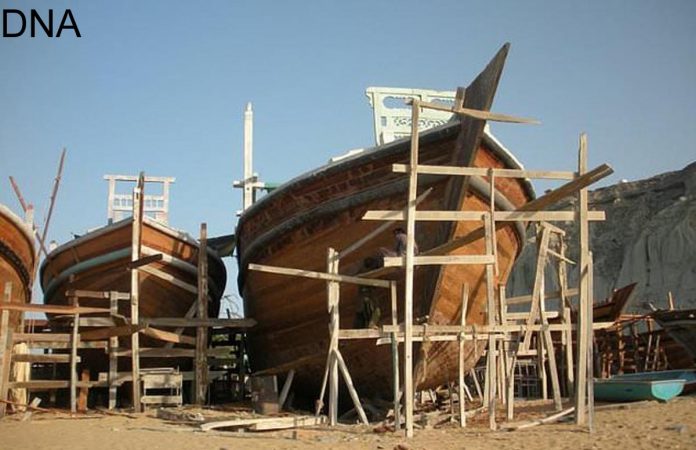 GWADAR, OCT 25 (DNA) – Remote and impoverished, Pakistan´s Gwadar port at first glance seems an unlikely crown jewel in a multi-billion-dollar development project with China aimed at constructing a 21st century Silk Road. Situated on a barren peninsula in the Arabian Sea, Gwadar, or the “gate of the wind”, owes its fortuitous selection as Pakistan´s next economic hub to its strategic location near the Strait of Hormuz. The city is set to become the bridgehead for the China-Pakistan Economic Corridor (CPEC), a $54 billion project launched in 2013 linking western China to the Indian Ocean via Pakistan.

The corridor is one of the largest projects in Beijing´s “One Belt One Road” initiative, comprising a network of roads and sea routes involving 65 countries.

The Chinese-financed initiative aims to connect the country with Africa, Asia and Europe through a vast network of ports, railways, roads and industrial parks.

But for Pakistan, participating in the project presents an enormous challenge.

“This port is going to help Pakistan make linkages with neighbouring countries. The entire nation will be getting benefits out of Gwadar,” Dostain Khan Jamaldini, chairman of the Gwadar Port Authority, told reporters.

But “the first beneficiaries of this port will be the people of Gwadar”.

The subject of economic dividends is extremely sensitive in resource-rich Balochistan — one of Pakistan´s poorest and most violent provinces, where separatist insurgencies have been waged for decades.

“Gwadar port is not Chinese, our strong partner is Chinese and we appreciate their boldness,” said Jamaldini.

“They came to Gwadar when nobody was accepting the idea to come and visit.”

China has eyed Gwadar for years.

Beijing financed an earlier scheme to develop the port prior to 2007, which was later overseen by a Singaporean group. But following bouts of insecurity, the Singaporeans handed it back to the Chinese in 2013.

The ambitious corridor is also far from popular in the region. India makes no mystery of its reservations over an infrastructure project that crosses through disputed Kashmiri territory.

This month US Defense Secretary Jim Mattis raised concerns about the issue, sparking a fierce backlash in Pakistan and claims Washington was trying to “contain China” in favour of arch-rival India.

Beyond diplomatic concerns, security remains a key issue in Gwadar, according to Brigadier Kamal Azfar, who heads “Brigade 440” — a security outfit created to protect CPEC projects and personnel.

Hostile forces are trying to “scuttle or stall CPEC”, he said in reference to accusations India has backed insurgents hostile to the project.

The area also lacks water and electricity, which developers hope will be remedied by dams and desalination plants outlined in the scheme.