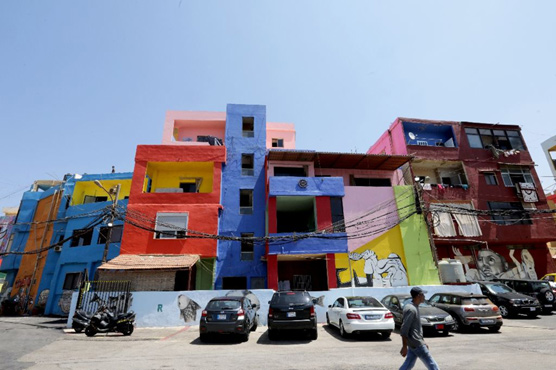 BEIRUT, AUG 27 (DNA) – Seen from the highway out of Lebanon s capital Beirut, the Ouzai neighbourhood is a jumble of haphazard construction, but venture inside and its low-slung buildings transform into street art canvases. Artists taking part in the “Ouzville” project have painted walls in brilliant blues, reds, yellows and greens, adorning others with enormous murals, doodles, and cartoon characters. The project is a breath of fresh air for Ouzai, a rundown and largely informal neighbourhood on the Mediterranean coast south of Beirut. It was once a sleepy seaside village, with long stretches of beach that attracted sunbathers from miles away.

But during Lebanon s 1975-1990 civil war, civilians displaced from elsewhere built slapdash housing in the area, often without permits, to accommodate their needs.

For decades, the neighbourhood s chaos of jumbled buildings and the web of electrical wires hanging overhead have been among the first things visible from planes landing at Beirut airport.

Ayad Nasser, the property developer behind the Ouzville project, was born in Ouzai in 1970 but moved overseas during the civil war.

He said each landing at the nearby airport was a painful reminder of the neighbourhood s decline.

Nasser launched his project 18 months ago, inviting Lebanese and international street artists to beautify parts of Beirut — Ouzai in particular.

“I felt that the most abandoned area in Lebanon is Ouzai,” Nasser said in English.

“It s been 40 years that nobody is taking care of it: not the government, not the local parties, not even the local peoples.”

He worked with Ouzai residents to identify streets and buildings to be brightened up with bursts of colour.