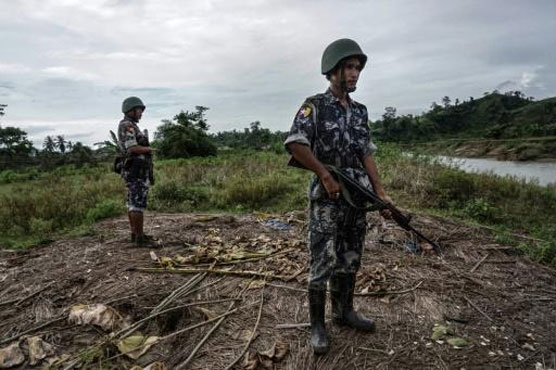 YANGON, AUG 25 (DNA) – At least 12 people including five police officers were killed Friday in Myanmar’s restive Rakhine state as Rohingya militants launched pre-dawn raids on border posts, according to the office of State Counsellor Aung San Suu Kyi. It is the worst outbreak of violence for months in the coastal state bisected by religious hatred and follows a milestone report by a commission led by former UN chief Kofi Annan urging immediate action to heal the divide. More than 20 police posts came under attack by an estimated 150 militants in the early hours of Friday, prompting soldiers to fight back, the statement issued by the State Counsellor’s office said.

“Currently, five police officers have been killed and… according to initial information, we have seven bodies of the extremist Bengali terrorists,” it added, using a government description for the Rohingya militants who emerged as a force last year.

“Many police posts and stations were attacked,” it said, in at least one case using homemade mines.

Confirming the unrest, a police officer in Buthidaung town, close to the worst violence, said border guard posts remained surrounded by militants as day broke in a fluid and dangerous flare up of violence.

“The situation is complicated… the military is arriving,” the officer told on condition of anonymity, adding some of the attackers were armed with guns.

The northern wedge of Rakhine closest to Bangladesh has been in lockdown since October 2016 deadly attacks by militants on border posts sparked a military response that left scores dead and forced tens of thousands to flee.

The UN believes those security “clearances” may have amounted to ethnic cleansing of the Rohingya, a mainly Muslim minority living in Buddhist Myanmar.