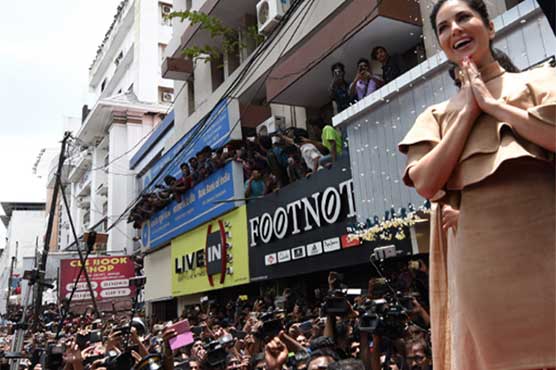 KOCHI, AUG 18 (DNA) – Hundreds of die-hard fans gathered at MG Road, virtually shutting it down, to have a sight of Bollywood actress Sunny Leone as she arrived in Kerala’s Kochi for inauguration of a mobile phone showroom. According to details, police had to resort to baton-charge to control the fans while the Canadian-born star looked so overwhelmed by the warm welcome and responded to the love by waving her hand. The social media have also started comparing the crowd with the events organised by political personalities including United States former and new presidents Barack Obama and Donald Trump apiece.

Sunny was recently seen with Emraan Hashmi in a song in Baadshaho whereas she will also be performing a special number in Sanjay Dutt-starrer Bhoomi.=DNA