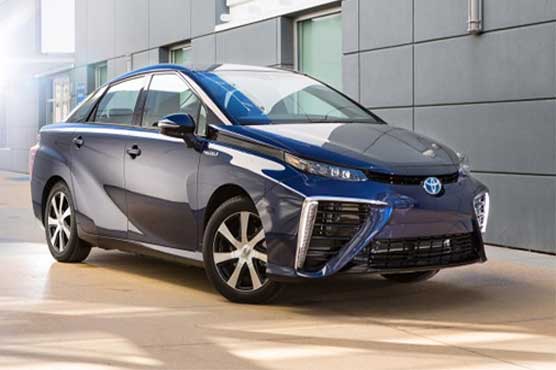 TOKYO, JUL 25 (DNA) – Toyota Motor Corp is working on an electric car powered by a new type of battery that significantly increases driving range and reduces charging time, aiming to begin sales in 2022, the Chunichi Shimbun daily reported on Tuesday. Toyota’s new electric car, to be built on an all-new platform, will use all-solid-state batteries, allowing it to be recharged in just a few minutes, the newspaper said, without citing sources.

By contrast, current electric vehicles (EVs), which use lithium-ion batteries, need 20-30 minutes to recharge even with fast chargers and typically have a range of just 300-400 kilometres (185-250 miles).

Toyota has decided to sell the new model in Japan as early as 2022, the paper said. A Toyota spokeswoman said the company could not immediately comment on the report.

Japan’s biggest automaker is looking to close the gap with EV leaders such as Nissan Motor Co and Tesla Inc as battery-powered cars gain traction around the globe as a viable emission-free alternative to conventional cars.

Whether Toyota will be able to leapfrog its rivals remains to be seen, however, as mass production requires a far more stringent level of quality control and reliability.

“There’s a pretty long distance between the lab bench and manufacturing,” said CLSA auto analyst Christopher Richter. “2022 is ages away, and a lot can change in the meantime.” How quickly the new EVs will catch on would also depend largely on battery costs.

Having long touted hydrogen fuel-cell vehicles and plug-in hybrids as the most sensible technology to make cars greener, Toyota last year said it wanted to add long-range EVs to its line-up, and set up a new in-house unit, headed by President Akio Toyoda, to develop and market EVs.

Toyota is reportedly planning to begin mass-producing EVs in China, the world’s biggest auto market, as early as in 2019, although that model would be based on the existing C-HR sport utility vehicle and use lithium-ion batteries.

Other automakers such as BMW are also working on developing all-solid-state batteries, eyeing mass production in the next 10 years.

Solid-state batteries use solid electrolytes rather than liquid ones, making them safer than lithium-ion batteries currently on the market.