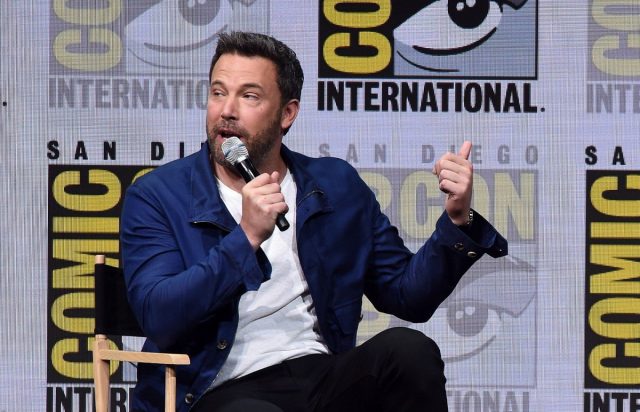 LOS ANGELES, JUL 23 (DNA) –  Ben Affleck dismissed speculation that he is being dropped as Batman during a Warner Bros. presentation Saturday that introduced the “Justice League” and announced a sequel to summer smash hit “Wonder Woman.” Rumors have been swirling in the US entertainment press that the studio was casting around for a replacement for 44-year-old Affleck to lead a standalone Batman franchise.

“Let me be very clear — I am the luckiest guy in the world,” Affleck told a crowd of 6,000 cheering fans at San Diego Comic-Con.

“Batman is the coolest… part in any universe, D.C., Marvel, it’s incredible. I’m so thrilled to do it.”

He said that after two appearances as Batman in Warner’s D.C. Comics Extended Universe (DCEU), studio bosses Kevin Tsujihara, Sue Kroll and Toby Emmerich had made it clear the part would remain his.

“I believe them,” Affleck said, adding that he would be “an ape on the ground” for Matt Reeves, who is set to direct “The Batman” after scoring a hit with “War for the Planet of the Apes.”

Fans were treated to the most extensive footage yet of the fifth film in the DCEU, which was handed to Joss Whedon after photography had beem completed when Snyder’s 20-year-old daughter died in March.

The four-minute reel featured Wonder Woman rescuing children from a robbery and then teaming up with Batman to recruit Aquaman, the Flash and Cyborg to a new crime-fighting unit.