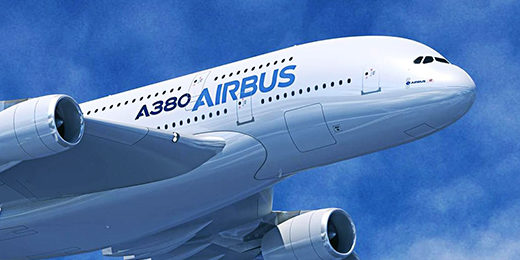 VIENNA, JUL 14 (DNA) – Airbus has said a row over Austria’s deal to buy Eurofighter planes was undermining the reputation of suppliers to Europe’s aerospace industry and any effort to criminalise their work was unacceptable. Austria’s Defence Ministry filed legal charges against Airbus and the Eurofighter consortium in February, alleging deception and fraud linked to the 2003 purchase. Airbus and the consortium, which includes Britain’s BAE Systems and Italy’s Leonardo, have denied the accusations.

Austria said last week it planned to end its $2 billion Eurofighter programme early and replace it with a cheaper alternative.

In a letter to Austrian Economics Minister Harald Mahrer dated July 11 and seen Airbus said efforts to criminalise business deals linked to the order threatened the reputation of aerospace suppliers.

Airbus also defended Austria’s Economics Ministry which had agreed to so-called “offset” deals associated with the order. Such deals, which are common practice in big international defence orders, seek to generate work for local firms.

“The tendency to criminalise suppliers and their partners in such an internationally important order is not acceptable for us as an industry,” Airbus management representative for Austria, Peter Denker, said in the letter.

He said “false allegations” undermined the reputation of the Economics Ministry and supplier industry.

The Economics Ministry confirmed it had received the letter on Thursday but declined to comment.

The letter keeps alive the row between Airbus and Austria over the fraud investigation, which has widened to include individuals including Airbus chief executive Tom Enders.

In April, Enders described the handling of the allegations a “politically-motivated abuse of the legal system” and accused Austria’s centrist coalition of using Airbus as an electoral “punching bag”.

Some defence industry officials said the German CEO had overreacted and urged Airbus to take a less confrontational approach.

Airbus could not immediately be reached to comment on the letter or a parliamentary inquiry, which was launched into how contracts were awarded. The inquiry ended on Wednesday and a final report is expected next week.

In the letter, Airbus said: “For Airbus, our former parent company Daimler, the other Eurofighter partners and the engine industry, the current politically motivated election campaign has long exceeded reasonable levels.”

Greens lawmaker Peter Pilz, who initiated the parliamentary probe, said the inquiry had showed companies, including Airbus and Daimler, should be prosecuted for possible fraud.=DNA