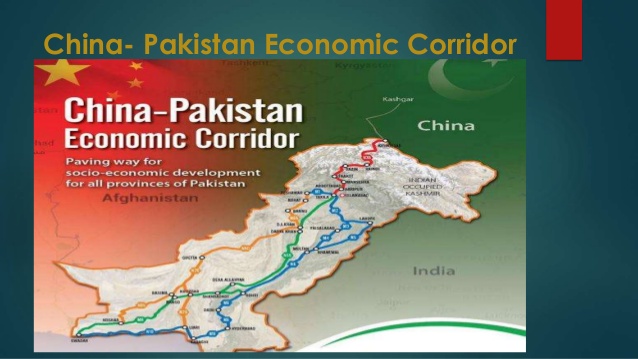 By Ansar M Bhatti in Kunming

KUNMING (CHINA), JUNE 14 (DNA): The fifth China-South and Southeast Asia Think Tank Forum held here praised high Pakistan’s commitment and a leading role in pushing forward Belt and Road’s initiative, through rapid implementation of China Pakistan Economic Corridor (CPEC. Stating that the CPEC’s paves way for the success of President’s Xi Jinping initiative, they said that the Pakistan has proved its diplomatic and economic strength to carry it out for global connectivity through road, rail and sea links for shared prosperity.

The Form was the part of the ongoing South Asia and Southeast Asia trade and investment conference/expo that aimed to increase cooperation among China and the other regional countries, helping to achieve mutual benefits.

The two-day forum, which ended on Wednesday, was a meant to implement new initiatives and measures proposed at the Belt and Road Forum for International Cooperation held in Beijing in May, the think tank forum’s organizers said.

More than 300 experts and scholars from 14 countries and some international organizations have attended this year’s think tank forum, a record high in its history. The number of participating think tanks also increased, comprising more than 30 foreign and 40 domestic organizations, including those from Pakistan.

The participants believed that since the CPEC is pilot and major project of B&R initiative, its success will guarantee better future of all the countries, engaged in B&R initiative.

He Zukun, head of the Yunnan Academy of Social Sciences, said that through dialogues and discussions at the forum, think tanks from China, South Asia and Southeast Asia are expected to further their practical cooperation against the backdrop of the Belt and Road Initiative.

He said the forum will give new impetus to promoting transport connections, trade cooperation and people-to-people communication among involved countries.

Gao Feng, vice-governor of Yunnan, gave several suggestions at the forum on how to deepen practical cooperation among China and countries in South Asia and Southeast Asia.

Gao said that they should strengthen dialogues to build more consensus, promote people-to-people communication and cooperation, and get advice from think tanks.

Shao Qiwei, former director of the China National Tourism Administration, said that the Belt and Road Initiative, proposed by President Xi Jinping in 2013, has made prominent achievements in the past four years.

Shao said the increasingly balanced flow of tourism brought practical benefits to local people in the region, and that the Silk Road Economic Belt and the 21st Century Maritime Silk Road will continue to promote mutual prosperity and further understanding and trust.

The think tank forum has provided six topics for discussion, including construction Economic Corridor, people-to-people exchanges and tourism cooperation, and economic, social and cultural communication among the cross-border ethnic groups between Yunnan and neighboring countries.

The event was previously called the China-South Asia Think Tank Forum and changed its name this year as it welcomed more active participation of Southeast Asian countries in the event.

It may be mentioned here that Pakistan had got the status ‘Guest of Honour’ at the seven-day international expo, that is scheduled to end on Monday.

The highest number of stalls set up at the expo were from Pakistan.Pakistani value-added products especially leather, marbel,and handicrfts attracted good business.=DNA