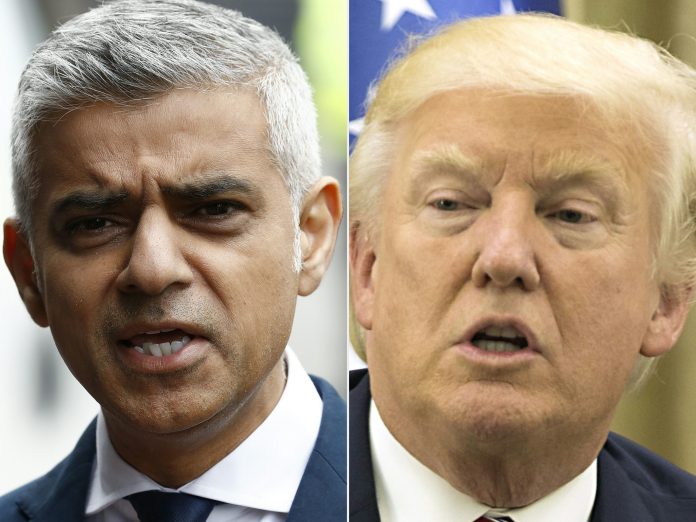 LONDON, JUN 06 (DNA) – London Mayor Sadiq Khan accused Donald Trump on Monday of seeking to divide communities in Britain after the US president criticised his leadership following a terror attack in the city. “Some people thrive on feud and division. We are not going to let Donald Trump divide our communities,” Khan told. He also told : “I just haven’t got time to respond to tweets from Donald Trump. “Honestly I’ve got better and more important things to focus on.”
Trump accused Khan — London’s first Muslim mayor — of offering a “pathetic excuse” for comments that the US president earlier misconstrued about policing in response to Saturday’s attack, which left seven people dead.

Khan had told Londoners there was “no reason to be alarmed” about an increased police presence in the coming days.

Trump has leapt on the London attacks as evidence of the need for hardline security measures in the United States, including a ban on travellers from some Muslim countries. His comments caused outrage among British officials.

British Prime Minister Theresa May was among those who came to Khan’s defence, though she declined to criticise Trump over the row.