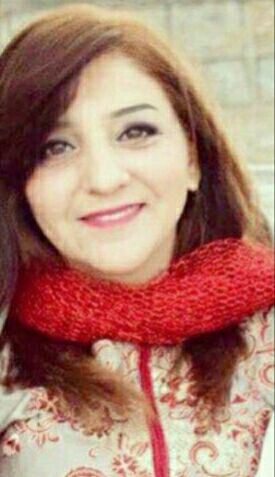 Global warming is the term used to describe a gradual increase in the average temperature of the Earth’s atmosphere and its oceans, a change that is believed to be permanently changing the Earth’s climate. Multiple lines of scientific evidence show that the climate system is warming. Although the increase of near-surface atmospheric temperature is the measure of global warming often reported in the popular press, most of the additional energy stored in the climate system since 1970 has gone into the oceans. The rest has melted ice and warmed the continents and atmosphere.

Many of the observed changes since the 1950s are unprecedented over tens to thousands of years. Multiple lines of scientific evidence show that the climate system is warming.  Human activities have led to carbon dioxide concentrations above levels not seen in hundreds of thousands of years. Methane and other, often much more potent, greenhouse gases are also rising along with CO2. Currently, about half of the carbon dioxide released from the burning of fossil fuels remains in the atmosphere while the rest is absorbed by vegetation and the oceans. Climate model projections indicate that during the 21st century the global surface temperature is likely to rise a further 0.3 to 1.7 °C for the lowest emissions scenario and 2.6 to 4.8 °C (4.7 to 8.6 °F) for the highest emissions scenario. The global average (land and ocean) surface temperature shows a warming of 0.85°C in the period 1880 to 2012.

GREENHOUSE EFFECT. The greenhouse effect is the process by which absorption and emission of infrared radiation by gases in a planet’s atmosphere warm its lower atmosphere and surface. The major greenhouse gases are water vapour, which causes about 36–70% of the greenhouse effect; carbon dioxide, which causes 9–26%; methane, which causes 4–9%; and ozone, which causes 3–7%. Clouds also affect the radiation balance through cloud forcings similar to greenhouse gases. Fossil fuel burning has produced about three-quarters of the increase in CO2 from human activity over the past 20 years. The rest of this increase is caused mostly by changes in land-use, particularly deforestation.  Another significant non-fuel source of CO2 emissions is the calcination of limestone for clinker production, a chemical process which releases CO2.

RISE IN SEA LEVEL. The rise in sea level since 1993 has been estimated to average 2.6 mm and 2.9 mm ± 0.4 mm per year. Additionally, sea level rise has accelerated from 1995 to 2015. Widespread coastal flooding would be expected if several degrees of warming is sustained for millennia.

EFFECTS ON SOCIAL SYSTEMS. Widespread coastal flooding should be expected if several degrees of warming is sustained for millennia. A meta-analysis of 56 studies concluded in 2014 that each degree of temperature rise will increase violence by up to 20%, which includes fist fights, violent crimes, civil unrest or wars. In small islands and mega deltas, inundation as a result of sea level rise is expected to threaten vital infrastructure and human settlements.

MITIGATION. Mitigation of climate change are actions to reduce greenhouse gas (CHG) emissions, or enhance the capacity of carbon sinks to absorb GHGs from the atmosphere. There is a large potential for future reductions in emissions by a combination of activities, including energy conservation and increased energy efficiency, use of low-carbon energy technologies such as renewable energy, nuclear energy, and carbon capture and storage; and enhancing carbon sinks through, for example, reforestation and preventing deforestation.

GLOBAL INITIATIVES: Most countries in the world are party to the United Nations Framework Convention on Climate Change (UNFCCC) whose ultimate objective is to prevent dangerous human interference of the climate system. As stated in the Convention, this requires that GHG concentrations are stabilized in the atmosphere at a level where ecosystems can adapt naturally to climate change, food production is not threatened, and economic development can proceed in a sustainable fashion.  This was justified on the basis that: the developed world’s emissions had contributed most to the cumulation of GHGs in the atmosphere; per-capita emissions (i.e., emissions per head of population) were still relatively low in developing countries; and the emissions of developing countries would grow to meet their development needs.

This mandate was sustained in the Kyoto Protocol to the Framework Convention, which came into legal effect in 2005. Its main goal is to control emissions of the main anthropogenic (i.e., human-emitted) GHGs in ways that reflect underlying national differences in GHG emissions, wealth, and capacity to make the reductions.

IS GLOBAL WARMING REAL? Despite scientific consensus on climate change, allegations have been made that scientists and institutions involved in global warming research are part of a global scientific conspiracy or engaged in a manipulative hoax. It has been dubbed as “a multi-billion-dollar worldwide industry, created by fanatically anti-industrial environmentalists” and a “greatest scam in history”.

National Geographic Society has carried out an analysis of 6 scientific conspiracy theories regarding persistent belief in the global warming hoax. It notes that the Earth is continuing to warm and the rate of warming is increasing as documented in numerous scientific studies. Moreover, global warming is causing Arctic sea ice to thaw at historic rates, many species of plants are blooming earlier than expected, and the migration routes of many birds, fish, mammals, and insects are changing. A number of independent scientific societies and organization carried out impartial studies and the scientific consensus that global warming is occurring as a result of human activity remained unchanged at the end of the investigations.

Therefore, suffice it to conclude that global warming is no more something about which in the past our perception was probably if not of a hoax but something that would probably happen in the very distant future. It is indeed a reality now and taking its toll in our lifetime!

Worrying about the women’s rights scenario in Afghanistan, what can be done?