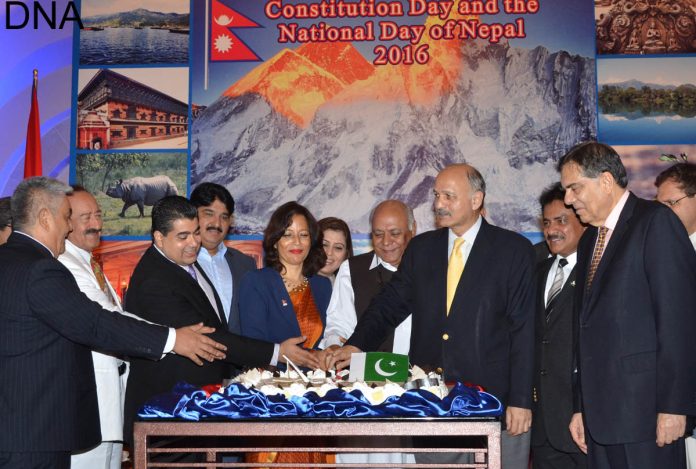 ISLAMABAD, SEPT 29 (DNA) The Constitution Day reception hosted by the Ambassador of Nepal could not attract many people because of Nepal’s role played in the postponement of SAAARC conference which was scheduled to take place in Islamabad in November this year.

Even no minister turned up and willy-nilly the Nepalese diplomats had to request to Mushahid Hussain Syed the PML Q leader to come on stage and take part in cake cutting.

It may be mentioned here that Nepal has formally conveyed to Pakistan that the upcoming SAARC summit cannot take place because India, Bangladesh and Bhuttan have refused to attend. Similarly Afghanistan too had expressed reservations.

The Pakistani analysts believe Nepal did not do anything to preserve the summit. As the chairman it was Nepal’s responsibility to try to help settle issues between Pakistan and India and would have perused especially India not to sabotage the summit.

Additionally, the postponement decision shows as if Nepal has put her weight behind India and Bangladesh in a bid to isolate Pakistan. Some analysts believe, Nepal was too weak to mediate between giants Pakistan and India therefore it did not make any efforts.=DNA