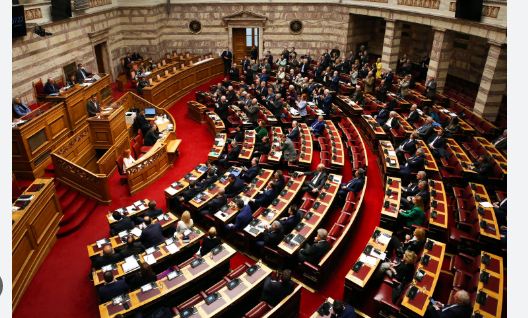 Athens, Jan 25: Greece’s main opposition leader Alexis Tsipras on Wednesday called for a no-confidence vote in the government over a long-running wiretap scandal which he alleged the sitting premier had personally masterminded.

The leftist former prime minister told parliament that current Prime Minister Kyriakos Mitsotakis was the “mastermind and chief behind this criminal network”, after revealing that a minister and five top defence officials had been under state surveillance.

The no-confidence vote, which the government has enough support to survive in parliament, is due to be held on Friday.

In a rousing speech, Tsipras said he had proof of state surveillance from Greece’s communications watchdog ADAE, which recently carried out an audit at the country’s telecoms operators.

The ex-PM said ADAE’s chairman Christos Rammos had informed him on Tuesday that Greece’s former energy minister, its head of staff, army chief, former national security advisor and two officials involved with arms procurement had been under surveillance by state intelligence agency EYP.

Tsipras said Mitsotakis had “consciously lied” for six months and had “thrown the entire weight of his authority” to prevent the truth from coming out.

He said state officials had “hounded” investigative reporters who sought to uncover the scandal, and had also tried to “bully” Rammos into silence.

The scandal emerged in July when Nikos Androulakis, MEP and leader of the Greek socialist party (Pasok-Kinal), took legal action against an attempt to infiltrate his mobile phone using illegal spyware known as Predator.