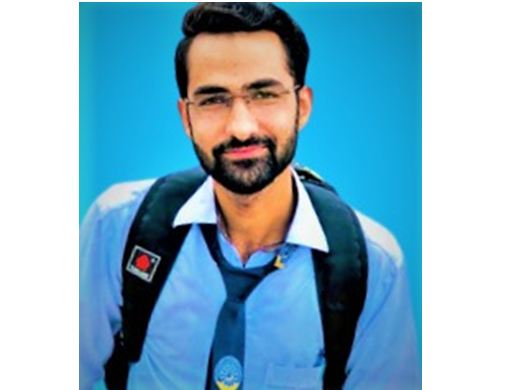 From the beginning Pak-US have not a constant relationship, their relationships have been gone through many twists and turns. After independence, to run the country smoothly Pakistan joined CETO and SENTO, however their relation was changed in 1965 and 1971 wars (arms embargo). In 1979 when USSR intervene in Afghanistan, due to her interests she made a good relationship with Pakistan, she assisted Pakistan to establish a group of jihadis to train, equip them to fight against USSR in Afghanistan and Pakistan did this because of her interest (deterrence). During 10 years of proxies Pak-US relation was at peak and at the end of the day USSR was disintegrated. After the disintegration of USSR, USA left this region as well as Pakistan to deal alone with these jihadists’ groups because her interest in this region was achieved. For the next ten years their relations were not good even USA imposed sanctions on Pakistan for making nuclear bombs (1998). In 2001, 9/11 event occurred, in which approximately 2760 American civilians were died, and this terrorist acts were acknowledged by terrorist group AL-QUAIDA leader USAMA BIN LADEN who was present in Afghanistan. At that time, in Afghanistan there was a government of “Mulla Omer”, and USA tried to persuade him so that he will take over Usama bin Ladin to them but were failed. Then UNSC passed resolution and started a “war on terror”. Before intervening in Afghanistan USA president “Gorge W. Bush” call Pakistan’s president “general Pervaiz Musharraf” and asked him “whether with us or against us”, Pakistan has no other option except to accept the American proposal and became front non- NATO ally in war on terror, due to which once again their relationship became strong. In this war, Pakistan receives 53,000 deaths, 126 million economic losses, over 500 suicide bombers, 1.4 million registered and 1.5 million non-registered Afghan refugees but Pakistan didn’t step back she helped USA in clearing terrorists’ sanctuaries in the tribal belt, conducting operations on western borders, she played a role of dismantling, decimating AL-QUAIDA, almost top seven wanted criminals of AL-QUAIDA operatives were taken out with the assistance of Pakistan, bought Taliban to negotiating table in Qatar, helped in safe evacuation of American forces and officials from Afghanistan, even early two to three years success of USA in overthrowing Taliban government and achieving objectives in Afghanistan was also a hard work and sacrifices of Pakistan. Unfortunately, after withdrawal of NATO forces from Afghanistan (15 august,2021) USA didn’t gave credit to Pakistan even imposed a label of “DOUBLE GAME” on Pakistan which was unexpected.

After fall of Kabul, there is opportunity for both states to reframe their relationship, this time, in a more realistic manner. Pakistan is the world’s only Muslim majority country with nuclear arsenals. Its borders are with India, China, Afghanistan and Iran as well as have a Gwadar port which falls into Arabian sea and these all factors are important for US foreign policy in different ways, and these are the factors which makes Pakistan more important after the USA withdrawal from this region, because current US foreign policy is revolving around Indo-pacific region, she made QUARDS, arms deals with Taiwan, provide nuclear submarines to Australia, made India strong enough in terms of economy, politically and socially all these is to counter China, which seems a threat to her hegemony. The core dysfunctionality has been a strategic misalignment with regards to Afghanistan. They must need to put their relationship in a more modest plane; not overloaded with every issue under the sun and make a relationship more stable, predictable, and more sustainable, which would avoid the unrealistic expectations that had really curse the past. I think both countries must accept the ground realities which is that Pakistan is a middle income, post-colonial country, struggling with unusual crisis like stagnant bureaucracy, unemployment, poverty, inadequate infrastructure, dysfunctional and corrupt politicians, TTP, outsized military influence and an insurgent group. On the other hand USA have to realize that, in contemporary world the cosmopolitans are more aware of the past motives of USA in this region, it’s not a time for USA to “micromanage” events in every part of the world, including in Pakistan and Afghanistan, currently USA is facing a competitor like China and Russia as well as social challenges at home and it would be difficult for USA to control the whole world as she did in the post-cold war era. There is no doubt that both states are duplicitous, because thing that were said were not done or not followed up on both sides. Due to their duplicity their relationship became worsen. However, USA is still the largest exporter destination for Pakistan. The USA is still one of the top five investors, that has been investing in Pakistan, USA is the fourth source of remittances to Pakistan, USA is home to one of the most influential dynamic Pakistani diasporas anywhere in the world. The relationship between Pakistan and USA in future needs not to emphasize so much on security and to curb terrorism, but there must be focus on economic and commercial issues as well. I think this is the area that hasn’t been developed overtime and I think Pakistan is a type of country in which American’s companies should wanted to invest because of cheap labors, resource rich, unused population/raw materials etc. Currently what Pakistan need is adequate infrastructure, economic aids for quality education, political stability, to counter refugee’s crisis etc. to strengthen democracy. On the other hand, USA was a state which from 1945 wanted/trying to spread and strengthen democracy. Thus, it is the time for both states to move away from misunderstanding and misplaced expectations of the past and to open the possibilities of going beyond government-to-government relationships. USA needs to allow Pakistani businesses and American businesses to interacts and for that the simple path would be to take a second look at the “travel advisory”, which is a big barrier for travel by US investors, because not all of Pakistan is in a security threatened zone and there are businesses in Pakistan that are sitting on cash, that would like to invest jointly with Americans partners. Bringing economic stability, greater regional connectivity in Afghanistan for any government will be another priority, and Pakistani government clearly stated and moved from geostrategic to geoeconomics paradigm, where Pakistan’s government are very keen to see the point of interests for Pakistan in seeking peace in Afghanistan which will lead to wider region. After 4 decades, there is chance to create a real condition of peace; framing Taliban as the enemy and demonizing Taliban that would help USA to achieve its objectives in Afghanistan is a choice that she made early. However, Pakistan shared its perceptions and perspectives from the last 2 decades that “there is no military solutions”, and it is a fact that “when military get involved in any political decisions things became alright, because they have their own objectives”. There are various aspects where I believe that both states interests are still aligned and due to which their relationship in future is going be more batter than in the past, some of these aspects are….

This means whether USA like or not, she must have to finds ways to work together with Pakistan to curb all these challenges.