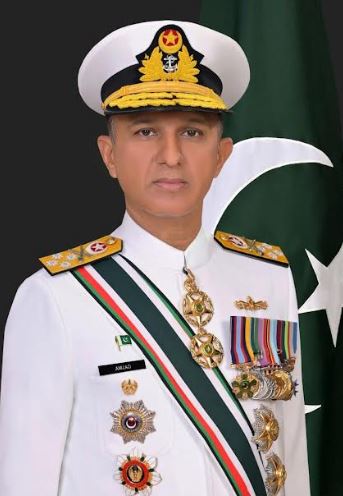 ISLAMABAD, DEC 6 /DNA/ –  It is a matter of great satisfaction for me that Pakistan Navy is holding its fifth Maritime Security Workshop 2022 (MARSEW-5) at Pakistan Navy War College Lahore. The Workshop has become an annual signature event of Pakistan Navy since 2017. It is heartening to know that MARSEW has evoked growing interest and traction in the academic circles and at the institutional level. Such an initiative was needed to fill the gap in the maritime awareness at the national level which is in sync with the demands of fast changing global trends.

Understanding Oceans and allied issues are assuming centre stage in global geopolitics and economic security of nations in the 21st century. Pakistan cannot remain oblivious to the demands of Blue Economy or the developments taking place in the Indian Ocean and adjoining waters. The country’s economic future is inextricably linked to the sea which serves as mankind’s last reservoir for sustenance. Claims and counter claims over sea resources are spawning friction as never witnessed before. This is so despite oceans and seas are regarded as the common heritage of mankind.

The ongoing developments in the Indian Ocean have direct bearing on Pakistan’s maritime affairs. National Security Policy of Pakistan (2022-2026) charts a paradigm shift from geo-strategy to geo-economics thereby prioritizing economic and human security as dominant aspects in the overall scheme of national security. In this context, exploitation of Blue Economy for socio- economic prosperity enabled by secure maritime environment necessitates our focused attention.

The United Nations Sustainable Development Goal, related to oceans, requires all major stakeholders including Government agencies, policy makers, NGOs, scientists and researchers, over and above the local communities to step-up their efforts towards conservation and sustainable use of ocean-based resources to overcome development and sustenance challenges. This will untap the blue potential and provide an impetus to our national security pursuits. Creating awareness of our immense maritime potential and discerning its deep linkage to the national security is the key takeaway of MARSEW.

I wish all the MARSEW participants an insightful interaction and a pleasant stay with their host, Pakistan Navy War College, on behalf of Pakistan Navy.