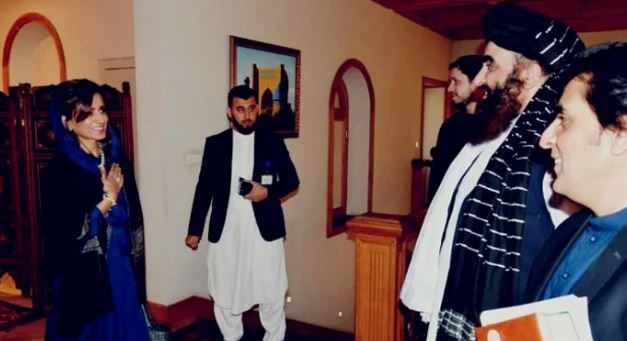 KABUL, NOV 29: A high-level delegation headed by State Minister for Foreign Affairs Hina Rabbani Khar is in Kabul to hold talks with Afghanistan’s Foreign Minister Amir Khan Mutaqqi as the TTP called off their months-long ceasefire with Pakistan.

Khar arrived in Kabul Tuesday on a day-long visit during which she discussed matters of bilateral importance with Amir Khan Mutaqqi focusing on political consultations between the two governments.

Earlier on her arrival in the Afghan capital, Khar was received at the airport by Afghanistan’s Deputy Minister for Economy Abdul Latif Nazari and the Pakistan embassy’s Head of Mission in Kabul Ubaid-ur-Rahman Nizamani.

“A range of bilateral issues of common interest including cooperation in education, health, trade and investment, regional connectivity, people-to-people contacts, and socioeconomic projects were discussed.”

Moreover, the issue of the TTP ceasefire is likely to come under discussion between the two sides.

“Ms Hina Khar will certainly convey the concerns about attacks on Pakistan security forces emanating from Afghanistan, regulating the movement of people to and from trade matters in view of the increased trade. Improved clearance process and facilities on Afghan side and finally assure the Afghan side of Pakistan’s humanitarian assistance,” former foreign secretary Jalil Abbas Jilani told.

Announcing the end of the ceasefire, the TTP leadership cited the latest military operation against their fighters in the Lakki Marwat district of Khyber Pakhtunkhwa as a reason.

The government had to postpone the polio campaign in Lakki Marwat district on Monday due to frequent attacks by the militants on police and operation launched against them.

Several rounds of talks were held with the Taliban leaders in Afghanistan to find an amicable solution to the years-long armed conflict.

Religious leaders and tribal leaders were also involved and sent to Kabul to persuade the Pakistani Taliban to soften their demands.

The militants had lately withdrawn from certain demands but they wanted the government to restore the previous status of erstwhile Federally Administered Tribal Areas (Fata) and their armed return to Pakistan.