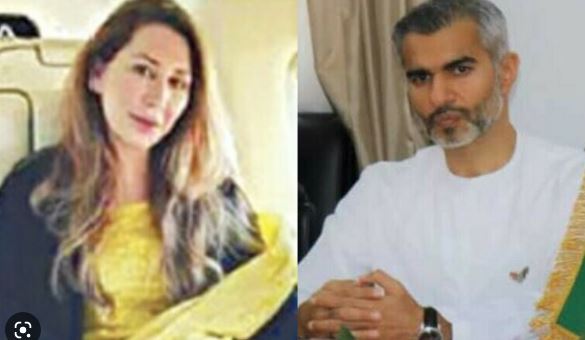 On November 15, Zahoor appeared on Geo News programme Aaj Shahzeb Khanzada Kay Sath and claimed that the PTI government had sold an expensive Graff wristwatch — gifted to Imran by Saudi Crown Prince Moham­med Bin Salman — for $2 million, worth approximately Rs280m at the time of sale in 2019.

The Toshakhana case over the sale of state gifts received by Imran became a major sticking point in national politics after the Election Commission of Pakistan disqualified the PTI chief for making “false statements and incorrect declaration”.

The matter shot into the spotlight again when Zahoor claimed in the Geo News programme that he had bought the watch through former accoun­ta­bility minister Shahzad Akbar and Farah.

The Dubai-based businessman also claimed that Farah wanted to sell the watch for $4-5m “but after negotiations, I purchased it for $2 million”. The payment, he added, was made in cash on Farah’s insistence.

The claims evoked an outcry from PTI leaders, including Akbar, who denied Zahoor’s allegations while Imran said he would approach international courts against Zahoor and Geo. Farah’s legal notice, dated November 26, alleged that Zahoor had “deliberately uttered various defamatory remarks” against her and “falsely told” the anchor that Akbar had introduced him to Farah who then met him to sell a watch, causing her “sizeable reputational damage.

It said that his statements without any proof were a “sheer denial and broad daylight infringement” of various constitutional rights and had also encouraged her rivals to further “noxious agenda to spread false and negative propaganda” against Farah.

The notice alleged that Zahoor, Geo and Khanzada had deliberately targeted Farah for “evil designs and machinations” to pursue a malafide and personal vendetta of defaming and devastating her name, business and reputation.

It asserted that Farah did not even travel to Dubai in 2019 and attached her travel history as proof.

The notice said that its copies were sent to the interior ministry, Federal Investigation Agency, Pakistan Telecommunication Authority and Pakistan Electronic Media Regulatory Authority to take swift appropriate action against the respondents.

The notice called upon Zahoor, Geo and Khanzada to:

pay Rs5bn as compensation to Farah

The notice threatened legal action if the stipulations were not met.