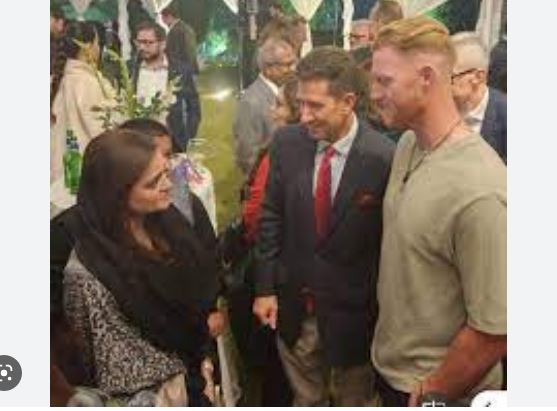 ISLAMABAD, Nov 29 (DNA): Minister for Information and Broadcasting Marriyum Aurangzeb said on Tuesday that cricket has become a part of Pakistan’s culture and everybody was interested in it.

Speaking at a ceremony arranged in honor of the England cricket team she said that the arrival of an international team in Pakistan was not only positive for domestic cricket but also for Pakistani viewers, fans, and common people.

The minister said that it was an honor that the English cricket team had come to Pakistan for the first time after 2005 for playing the Test series.

She said that it was important for domestic cricket as well that international cricket teams keep coming to Pakistan. Marriyum Aurangzeb said that the Test series was the real spirit of cricket and there was no politics involved in cricket.

The minister said that the role of the British High Commissioner, the Government of Pakistan, and the Prime Minister’s Office could not be forgotten in organizing the Test series between Pakistan and England in Pakistan.

She said that  FIFA World Cup matches were also being played and telecast live and the youth of Pakistan were engaged in positive activities.

He said that the Prime Minister has also restarted departmental sports in the country which was a positive move.

Marriyum opined that the restoration of international cricket in Pakistan and the visit of the English cricket team will have a long-term positive impact on the youth of Pakistan and domestic cricket.

The minister said that the test series will also increase the confidence of other international cricket teams in cricket. She said that Pakistan and England were the best cricket teams which recently played the final in T20 World Cup.

Expressing good wishes for both teams, she said that the Test series will prove to be a great entertainment opportunity for the people of Pakistan.=DNA