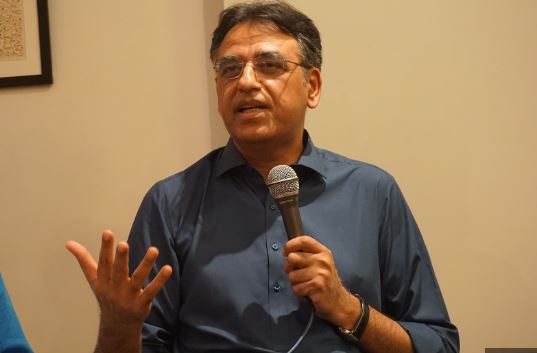 Questions SC’s silence over lodging dozen of FIRs against Swati

In a statement on Monday, PTI Secretary General said that the imported government ruined the IT industry, which was growing at more than 30%, now with zero growth.

Asad Umar stated that he met two guys one from the IT sector and another from textile. He said that they both narrated horror stories of the devastation that has destroyed their industries in the last 6 months. “The future of the country made hostage to the greed and ambition of a corrupt elite,” he added.

He stated that to artificially control dollar rate and payments against contracts are being withheld that badly tarnished the trust of major global players. “Desperate short term measures destroying future, as the IT industry which was growing at over 30% now with zero growth. Stop this nightmare now,” he added.

Asad Umar said: “History tells everything, as neither history can be threatened nor history can be stopped.” He said that even history cannot be put in jail; hence now history would tell all. Who did what, why, for whom, all will be revealed now,” he added.