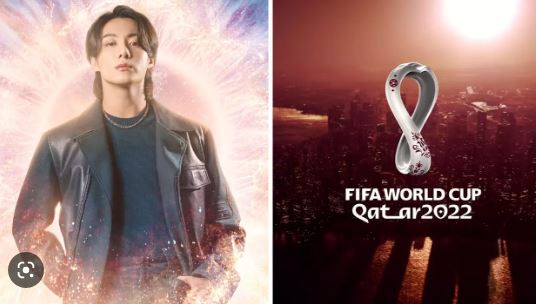 ISLAMABAD, Nov 20 (DNA): Praised as ‘Musical Prodigy’ and one of the best vocalists in the industry, BTS Jungkook made fans crazy with the audio release of his FIFA World Cup 2022 Soundtrack, all set to be performed live at the Opening Ceremony today.

The biggest international event of football, FIFA World Cup will kick start on November 20, 2022, in Qatar with an astonishing and exquisite opening Ceremony having various performers grace the stage through their amazing performances.

The ceremony is set to take place at Al Bayt Stadium where Jungkook from BTS will mark history by becoming the first Korean act to achieve this feat as a performer.

Earlier the news got broke a week ago via the official music agency Big Hit that Jungkook will be part of the opening ceremony of the FIFA world cup 2022.

“Proud to announce that Jung Kook is part of the FIFA World Cup Qatar 2022 Soundtrack & will perform at the World Cup opening ceremony. Stay tuned” stated the agency. Later on, the artist dropped the official audio track titled ‘Dreamers’ just a day before his live performance, making Twitterati go frenzy over his amazing and unique vocals.

Army’s (BTS fandom) all around the world took it to the social media platform and shared their excitement about the song while anticipating for a blasting performance by their idol.

“I know this song is going to play everywhere… Considered as one of the best FIFA songs,” praised a fan.

“I CAN’T WAIT FOR THE PERFORMANCE IT’S SO GOOD,” tweeted a fan while being excited about the performance.

“Jungkook broke it with this song and tomorrow he will do an iconic performance, Proud of him,” applauded another fan hoping for a great live performance by the singer.