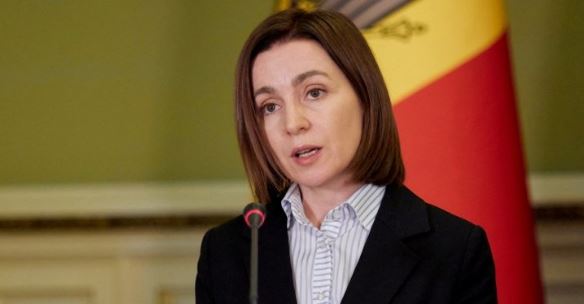 One of Europe’s poorest countries, Moldova is heavily reliant on Russian gas and has been hit hard by the surge in gas prices since Russia’s invasion of Ukraine.

“We have no confidence that Gazprom will continue supplying gas to Moldova after Oct. 1. From this date, the price for Moldova under the current contract should be significantly lower,” pro-Western president Sandu said.

“In case supplies are reduced or stopped, we are looking at the possibility of supplies of energy resources from alternative sources,” she said.

Sandu did not say why Gazprom might reduce or cut supply. State-controlled Gazprom, which has reduced gas supplies to Europe since Russia invaded Ukraine in February, did not immediately comment on her remarks.

Moldova has previously said Gazprom could cut off gas if one of the contractual conditions is not met – completion of an audit of its accumulated debt for supplies estimated at $709 million.

The gas price in Moldova fluctuates from month to month based on the spot price for gas and oil. But from Oct. 1, the formula used to calculate the price will change.

State gas company Moldovagaz has paid for gas deliveries from Gazprom for August, but a senior company source told Reuters that it is struggling to make its 50% advance payment for September amounting to $33.89 million.

Thousands of protesters have gathered in Chisinau over the last two weekends, demanding the resignation of Sandu and her government and complaining of high inflation and fuel prices.