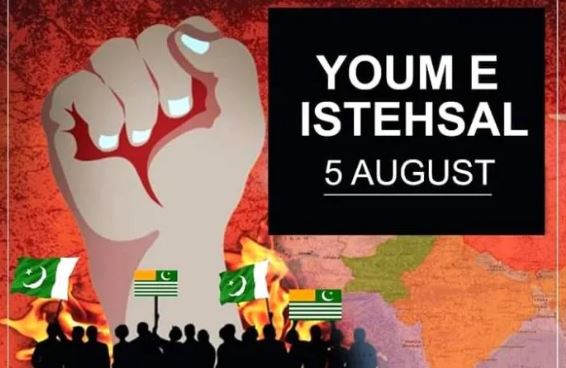 DNA
Paris, AUG 5: A seminar was organized at the Embassy of Pakistan here today to observe Youm-e-Istehsal-e-Kashmir.
Charge d’Affaires a.i. Muhammad Amjad Aziz Qazi highlighted the importance of this day which marks the completion of three years since August 5, 2019 when India illegally and unilaterally took actions in violation of the United Nations Security Council resolutions on Jammu and Kashmir and of international law in an effort to obliterate the distinct identity of the Kashmiri people.
Pakistan, the Kashmiris, and the international community have vehemently rejected the steps taken by India to alter the demographic structure of Indian Illegally Occupied Jammu and Kashmir (IIOJK), he added.
Mr. Qazi stressed that India had completely failed in its attempt to dampen the spirit of the Kashmiri people through these illegal actions or even to make them compromise on their legitimate right to self-determination.
Paying homage to the sacrifices of Kashmiri people, Mr. Amjad Qazi saluted their indomitable spirit in the struggle for right to self-determination while adding that the unabated Indian repression including extra-judicial killings of innocent Kashmiris, unprecedented restrictions on freedom of speech, fake encounters, cordon-and-search operations, custodial torture and deaths, enforced disappearances, incarceration of Kashmiri leadership and youth, use of pellet guns, destruction and burning of houses, and other methods of subjugation have miserably failed to shake the resolve of the brave Kashmiri people.
He emphasized that the Jammu and Kashmir dispute between India and Pakistan which has been on the agenda of UN Security Council since 1948, still remains an internationally recognized dispute, and must be resolved in the light of relevant UN Security Council resolutions and in accordance with the UN Charter as per the wishes of the people of Kashmir. Pakistan, he said, expresses complete solidarity with the people of IIOJK and has assured our Kashmiri brethren that the government and people of Pakistan stand united with them.
Other speakers of the seminar also criticized the Indian government for its illegal actions of August 5, 2019 and showed support and solidarity for Kashmiris in their just struggle for right to self-determination.
A documentary showcasing the atrocities committed in IIOJK was shown to the audience and messages of President, Prime Minister and Foreign Minister were read out.
On this occasion, a photographic exhibition was also held at the chancery, in which photographs of the Kashmir struggle against Indian military siege and Indian atrocities in IIOJK were put on display.
Later, members of Pakistani and Kashmiri communities held a protest rally near Eiffel Tower, in which speakers criticized Indian government’s illegal actions of 2019 and a call was made for their reversal. Protestors raised slogans against the forced occupation of IIOJK while holding placards, banners and flags of Kashmir.