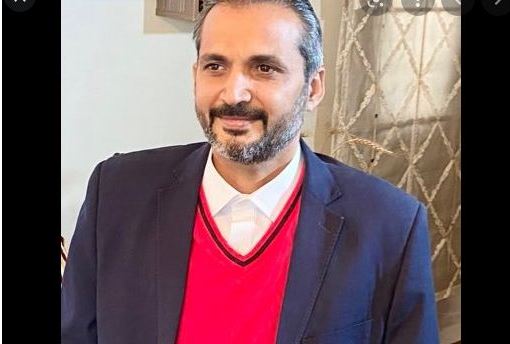 United Stated of America (USA)follow the pursuit and established diplomatic relation with China, by committing firm adherence to One China Policy. USA, through the second communique assured that USA and its people will recognize the People’s Republic of China, sole representative of people of China. In addition to this, USA committed that it will only keep commercial and unofficial linkages with Taiwan. Both countries will make sure that they work together for peace in Asia-Pacific region and no country will be seeking hegemony. Third communique also reaffirmed the commitment to One China Policy.

Unfortunately, since the economic and peaceful rise of China, USA started to deviate from the One China Policy. USA in collaboration with Western and Eastern allies launched policy of containment of China by hook or crook. They introduced many tools including Pivot of Asia, QUAD, B3W,human rights, democracy etc. to check the rise of China. They also tried to agitate China by interfering in Hong Kong and Xinjiang. Despite all provocations, China kept its cool and tried to avert the interference and criticism by peaceful means.

However, the visit of Ms. Nancy Pelosi to Taiwan has changed the whole dynamics. Although China was continuously warning, but USA never gave a head to China’s advice. Many Countries were also asking USA to respect the One China Policy. Despite all this, Ms. Nancy Pelosi went ahead with her visit and described it an act of support to Taiwan. From the visit China has made three important deductions. First, USA is deliberately crossing the Chinese redline. Second, it is ultimate denial of One China Policy, which was recognized by UNs and USA herself. Third, it is official departure of USA from its stated policy and committed given to China in 1979.

Therefore, China feels that now China is free to take any decision or action, as USA itself has broken the commitment. A wider community of countries endorsed the point of view of China and there is consensus among them that China’s concerns are justifiable. Pakistan also echoed the same and foreign office of Pakistan clearly stated that Pakistan is staunch supporter of One China Policy and any action against this policy will create complications. Russia, Iran, Venezuela etc also have showed their commitment to One China Policy.

However, USA is not listening to sane voices, rather it isbeating the drum of democracy, which is good for nothing. China and world understand that it is usual practice of USA and Western allies, when they have to extract benefits form other countries, they start to talk about the democracy. Thus, China is taking this visit very seriously. China has announced that it will take strongest counter measures. China seems to be committed to honour its words. For example, Ms. Hua Cunying, spokesperson of foreign office ofChina said on 3rd August that “China will keep its words, just have patience”. Further she said, there is no room or option for China to compromise on legitimate rights of China.

China has already started to take practical actions. For examples, on 3rd August China introduced list of trade sanctions on Taiwan and it is expected that list will keep growing. On other hand, People’s Liberation Army (PLA) has also started full scale exercise and operation on six-sides of Taiwan. PLA is on high alert and is ready to take any action, at any level.It seems that PLA is preparing itself to go for reunification of Taiwan with mainland China. It is apparent from the statement of Taiwan that now PLA is in position to close air space and Sea for Taiwan.

The situation has stirred tension in the region. Regional and peace-loving countries are extremely worried about the situation. They consider situation can be further deteriorated and there is possibility of hot conflict. If conflict broke out, it will be the bad news for world. As, world is already going through multiple challenges at global level. COVID-19 is still haunting world. Countries are struggling to come out of impacts and put their economies on the track. Russian-Ukraine crisis has further complicated the situation. It has shaken commodity markets across the world. Inflation is playing havoc with economic and social structures of countries. USA GDP is on contraction, which has created fear of recession.

In this context, a new conflict will tremble the global system. Rather, impacts will be beyond the imagination of world. As, we know China is major trading and economic partner of world. USA is biggest economy of world. So, a conflict between two major economies will shatter the economies of the world. It will spur a new era of economic meltdown and inflation, which will be beyond the capacity of common citizens to absorb. Second, the hot conflict will not stay in the region. It will expand all over the world and may it will be first time that hot conflictreachesto USA.

Despite all provocation, China is still showing restrain and allowed the Ms. Nancy Pelosi to land and depart, peacefully. It indicates that China values peace over conflict, but USA needs to understand that patience has a limitation. Therefore, USA must stop such provocative actions, which can disturb the peace. The conflict will not be good for anyone, rather it will create problems for the people of USA and region. Thus, it is advisable for USA and allies to stay committed to One China Policy and avoid interfering in internal affairs of China.Otherwise, international community will considerUSA responsible for deteriorating situation in the region.

In the conclusion, world need peace and sustainable development, not conflicts. Thus, it is recommended that being biggest economy of world, USA must play its role to secure peace and development.