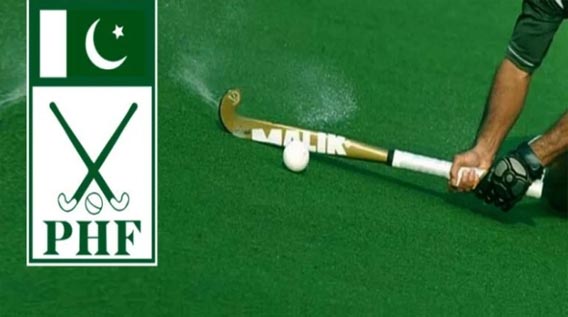 ISLAMABAD, Jul 24: Pakistan Hockey Federation (PHF) has chalked out plans to put hockey back on track by establishing Schools of Excellence in various provinces across the country, to bring young talent to the fore.

Hockey was once the pride of the nation but the game started declining and lost the place owing to various reasons. However, PHF is making concerted efforts for the revival of the game.

“The key objective of PHF was to enhance participation and elevate hockey to high-performing sport, increase professionalism and implement effective governance with high degree of transparency and build a recognised powerful image of hockey,” a PHF official told APP.

“PHF also aims to develop innovative and exciting events and present hockey as a commercially marketable product,” he said.

He said PHF would establish a School of Excellence at federal level in order to polish the talent identified and trained by the provincial schools of excellence. “It will train young boys of 13, 15, 17, 19 and 21 years. When a player trained in the School of Excellence will attain the age of 21, he will be qualified to participate at international level,” he added.

The road map to the revival of hockey would see the Federal School of Excellence followed by Punjab, Sindh, Khyber Pakhtunkhwa and Balochistan Schools of Excellence. “The provincial schools of excellence will be getting players from regional and district hockey associations and clubs,” the official remarked.

“The training in the School of Excellence will continue all 365 days of the year. When the training of under 13 boys will be completed, the place will be occupied by boys of 15 years of age,” he said.

He said after the completion of training of U-15 athletes, the players of 17 years would get their turn in the school of excellence.

“When U-17 boys will complete training, U-19 boys will undergo training and finally the camp of the national side will start functioning”, he said and added that this way the training cycle would never cease and continue to function round the year.