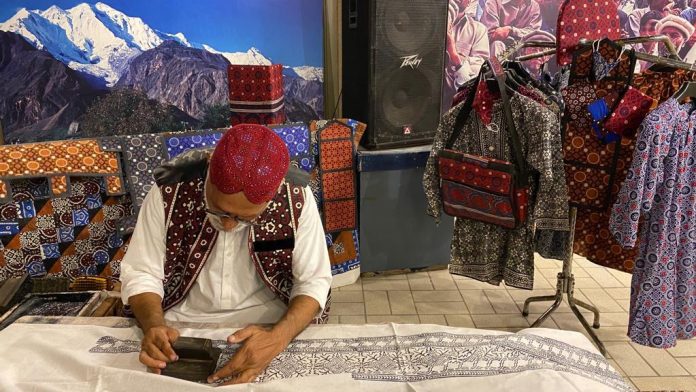 concludes at a positive note

Ambassador Adam Tugio terms the event a great success; a large number of visitors thronged to Lok Virsa to witness the exhibition

ISLAMABAD:|: Ambassador of Indonesia Adam Tugio has stressed the need to promote and strengthen existing cultural relations between the two brotherly countries. He said his government was considering inviting Pakistanis hailing from various walks of life including the media people in order to further strengthen people-to-people relations.

Ambassador Tugio made these remarks while speaking to media people at the concluding ceremony, which brought the five-day cultural exhibition to an end. A large number of people thronged to the exhibition to quench their cultural thirst.

The exhibition titled “A night at Lok Virsa Museum: The confluence of civilization between Pakistan and Indonesia” was inaugurated by the Indonesian Ambassador Adam Mulawarman Tugio amid presence of diplomats and art and history lovers, on July 20, 2022.

The ajrak and batik booths, where shawl makers from both countries described the tough grind of making the ajrak, remained a centre of attraction among the visitors.  A miniature model of Borobudur, the largest Buddhist temple in the world, built by a Pakistani craftsman also pulled the crowd from twin cities of Rawalpindi and Islamabad.

The show also featured daily live musical performance from renowned musicians who kept mesmerizing the audience by playing world famous tunes with indigenous Pakistani instruments including Tabla, Rabab and Bansuri. A large number of citizens flocked to the exhibition featuring a collection of photographs and videos shedding light on inter-regional connectivity and cross-cultural influence on both countries.

Maheen Mirza, a student from National Defense University, said she was quite amazed to find many cultural similarities with the Pakistani art pieces and cultural depictions.”I was unaware of the similarities between culture, history and religion between the two countries before visiting the exhibition,” she remarked.

Irsa Bin Mairaj, a foreign visitor who was keenly observing the temple model, said he was amazed to know that the miniature was made by a Pakistani craftsman.It reflected that Pakistani people had great potential in artwork that can scale up the design of such a difficult model with perfection, he added.

Hooriya Shiekh, another visitor taking photos while draping the Indonesian Batik at the display booths Sindhi Ajrak and Batik, termed both the crafts an excellent example of fusion of the two cultures.

She hoped that the exhibition besides introducing the similarities of cultures between the two countries would ultimately bring the people closer.

An Indonesian woman who holds the stalls of Batik explained the difficult process of Batik making and said it was a technique of wax-resist dyeing applied to the whole cloth, originated from the island of Java which took at least 4-5 days to finish a single piece.

“The technique shows similarity with famous Sindhi Ajrak and signifies cultural affinity between Indonesia and Pakistan,” she added. (With additional input from the APP)