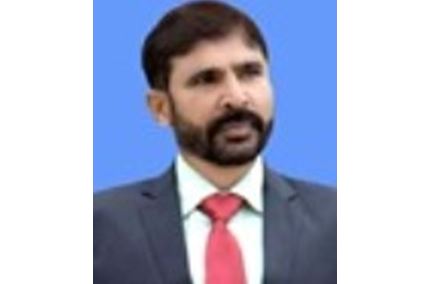 Since the Shah’s regime, Iran has portrayed herself as a strategic independent state in the Middle East, particularly in Persian Gulf due to her demography, strategic location, and resources. Post-Islamic Revolution Ayatullah Khomeini promoted the idea of strategically independent Iran and efficiently transformed the state from being marginalized in the region to an assertive geopolitical power. Tehran washed its hands of the Shah’s foreign policy and figured out how to maintain a balance of power in the region through its engagements with Lebanon, Yemen, and Afghanistan. The Islamic Republic of Iran prioritizes its strategic independence while taking full advantages of her geographical location to increase her security and influence in the region as well as the world. It has established its own strategic policy that is in contrast to the Shah’s strategic policy of gaining US support and guarantees of security in exchange for keeping watch over the Persian Gulf’s security on the behalf of US.

Khomeini left Iran far different as he had taken it from the Shah. It was an economically devastated and internationally isolated country. It was the country whose population experienced a 50 percent reduction in their real per capita income. The nation was exhausted from the consequences of revolution and war in a single decade. In July 1989, Ali Akbar Rafsanjani made economic reconstruction his priority and warned his hardline rivals to stop their extremism. The five year plan was for attracting foreign capital, importing technologies, increasing oil revenue, and borrowing $27 billion on the international market. He began pursuing rapprochement with the West and improving relations with Iran’s neighbors. This was a new posture after the revolution. These new directions of Iran’s foreign policy were visible very soon in Persian Gulf affairs. Tehran hoped that the new policy would help to contain Iraq and succeed in rapprochement with the West. Now the champion of radical changes was advocating regional stability. This was the beginning of Iran’s major role in the Persian Gulf. The 2013 presidential election was a clear vote against the previous government’s policy towards its international and regional relationships. Rouhani’s support for broader social freedom and the country’s economic insecurity because of the imposition of sanctions by the Western world in response to Iran’s nuclear program were key factors behind his victory. As a matter of fact, Rouhani did a lot to improve relations with the West.

The current rapprochement with the P5+1 is the best example. Since Rouhani’s regime, the Iranian foreign policy has undergone changes. The orientation of Tehran’s foreign policy vindicated the activities of the new Foreign Minister of the Islamic Republic of Iran. He visited almost all the states in the region with the exception of Bahrain and Saudi Arabia. It showed the great importance of reconciliation in the Persian Gulf. In December 2013, he also met with the Prime Minister of Iraq in Tehran and both sides agreed to do their best in economic arena and regarding shared national interests. He also said that he regrets the devastating terrorist acts in Iraq and Syria because terrorism is one of the main obstacles for further Iran-Iraq relations. In March 2014, the Iran-Qatar Joint Political Committee was established in Tehran, showing the direction of Iranian foreign policy. The meeting was dedicated to the further development of relations and rapprochement. For the first time, Iran and Qatar agreed to cooperate on the matter of the humanitarian crisis in Syria, but Iran still supports the Assad regime while Qatar backs anti-Assad groups in Syria. The Syrian situation seems complicated, even Iran-Qatar cooperation might not be enough to settle the conflict. Good relations with the Persian Gulf states will be a prerequisite too and Rouhani seems to share some such point of views.

In the past, Oman had good relations with Iran but during Ahmadnejad’s regime and Rohani’s, diplomatic relations were upgraded. On March 2014, the meeting of Rouhani and Sultan Qaboos was an example of détente in the Persian Gulf region. The Iranian President stressed the development of relations between these two countries in all fields and their interest in maintaining security in the Strait of Hormuzy. Rouhani added that Ian attaches great importance to ties with Islamic countries, particularly the littoral states of the Persian Gulf and Gulf of Oman due to the significance of the Strait of Hormuz. Iran-Oman relations have significance for both of them and the other Persian Gulf states because they jointly control

Strait of Harmuz. Any serious tension between them can lead to a blockade of the maritime transport of oil in the Strait of Hormuz and an oil crisis. Iran’s relations with Saudi Arabia have been strained for a long time. Political and religious issues are the main reason for their delicate relation. Iran is a Shia-dominated population while Saudi Arab is defender of Sunni Muslims. For example, Bahrain and Syria have become obstacles to Iran-Saudi competition recently. In March 2014, Rouhani tried to improve relations with Saudi Arabia. During the meeting with the new Ambassador of Sauidi Arabia to Iran, Rouhani declared that the expansion of relations with regional Muslim countries, particularly with Reyadh, is a priority in Iran’s foreign policy. Good relations between Iran and Saudi Arabia would halt the instability in regional countries and might prevent sectarian violence in the Persian Gulf. Lack of cooperation between these two countries will hinder any peace initiatives in the region. Tehran tried to take advantages of the Qatar-Saudi Arabia rivalry in the Gulf. Iran-Qatar rapprochement is an example of this new attitude.

The above activities and initiatives by the Rouhani Government are very positive and indicative of the new Iranian foreign policy towards the Persian Gulf. Tehran’s relations with Riyadh and Doha are still the biggest threat to regional cooperation and stability. Everything depends on the Shia-Sunni rivalry in the Middle East and Persian Gulf, negotiations concerning the Iranian nuclear program, and the IranSaudi Arabia attitude towards political and social changes in Arab States and Syria. Undoubtedly, Arab-Iran rapprochements have to be underlined in the Persian Gulf without the earlier normalization of political relations between Iran and the West, particularly Washington. The breakthrough with regard to the P5+1 and the process and the consequences of Iran-West negotiations seem to be essential if Iran really intends to cooperate. Iran and its neighbors in the Persian Gulf have had a confused relationship since the Islamic Revolution. Having emerged isolated and scarred economically by war, Tehran immediately looked for rapprochement with its neighbors. However, rapprochement has not been easy at any stage. On the one hand, Iran sees itself in terms of its ancient history, vast terrain, long coastline, and large population. It has a sense of superiority towards its neighbors in the Persian Gulf. On the other hand, the Arab states of the Persian Gulf have been influenced by Arab nationalism and distrusted their Persian neighbor. The approach of Iranian policy towards the Arab states of the Persian Gulf is very interesting. Tehran did not like its neighbors for their support of Saddam during the war. It also took a hostile stand when they militarily aligned with the US. The Iranian government has been worried by their alliance with the United States.

Iranian policy towards the Persian Gulf states seems to be influenced by its religious ideology and national interests. Ideology and national interest continue living side by side to varying degrees. The export of revolution is not only ideological, but also a political tool. This tool may not succeed in overthrowing their government but it is not without consequences in the Arab states of the region. With the losses of war and realization that “Iran could not afford to antagonize the rest of the world, a slow shift from ideology to national interest and deliberately pragmatic foreign policy has been observed” (Shagafi-Ameri, January 29, 2009). Tehran sent envoys to neighboring countries, even Saudi delegations with Foreign Minister Saud and King Fahad also visited Tehran but this did not last for too long. Before and during the Iran-Iraq war, Iranian policy can be characterized as more unthinking than driven by any well thought-out policy toward its neighbors. After the ceasefire, Tehran openly shifted to pragmatism and developed a foreign policy for the Persian Gulf region. As the result of its Gulf policy, Oman and Qatar began talking of the inclusion of Iran into regional security arrangements.

A collective security arrangement between the littoral states of the Gulf without the presence foreign forces had been at the core of Iranian policy. Tehran advocated this policy strongly after Iraq’s occupation of Kuwait. During the Khatami regime, this policy became more pronounced. Tehran changed its behavior and attempted to improve relations with its neighbors in the 1990s in spite of their alliance with the United States. Iranian Persian Gulf policy is now purely pragmatic and free of any territorial ambitions. The Persian Gulf became important in its own right and Iran has been able to portray itself as the bridge between its southern and northern neighbors. Tehran’s charm offensive was positively welcomed in the Persian Gulf capitals. Iran and the GGC were calling for a new era in their the relationship but this did not succeed due to their different opinion on the Arab/Islamic awakening, especially the Syrian crisis and Persian Gulf states’ fears of the Iranian nuclear program. The earlier development of Tehran’s rapprochement with the West, particularly the US on the nuclear program, proved that it briefly managed to improve its foreign policy.

To sum up the Iranian policy towards its neighbors, it moved from being ideologically driven to pragmatic and based on geopolitics ever since the Islamic Revolution of 1979. Tehran is increasingly interested in good relations with its neighbors in order to tension in the region. The main hurdle is distrust, which is difficult to overcome, but many serious efforts have been made from all sides since the revolution.