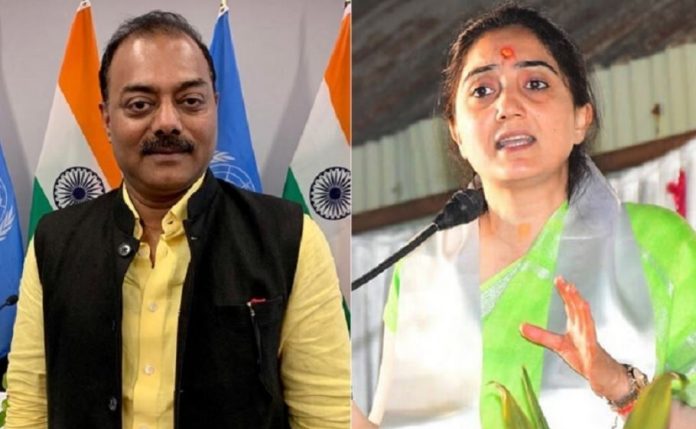 Qatar has sought a public apology from India for allowing such “Islamophobic” views without retribution.

Kuwait, in a statement, said it had handed over an “official protest note expressing the State of Kuwait’s categorical rejection and condemnation of the insulting statements against the Holy Prophet (P.B.U.H), Islam and Muslims issued by one of the officials in the ruling party.”

Prime Minister Shehbaz Sharif also called out the comments made by the BJP leader and urged the world to take notice and reprimand India.

He said the love of Muslims for the Prophet (P.B.U.H) was supreme and they could sacrifice their lives for the Holy figure.

According to Hindustan Times, BJP spokesperson Nupur Sharma and another party leader, Naveen Kumar Jindal, made disrespectful remarks about the Prophet (P.B.U.H) and after worldwide condemnation of these remarks, India’s ruling party had to distance itself from their statements, announcing disciplinary action against the duo.

Qatar summoned the Indian envoy and handed him an official note that expressed Qatar’s disappointment and “its total rejection and condemnation [of] the controversial remarks made by an official in the ruling party in India against Prophet Mohammed (P.B.U.H) … Islam and Muslims,” according to a statement issued by its foreign ministry.

Qatar said “it is expecting a public apology and immediate condemnation of these remarks from the Government of India.”

It noted that allowing such Islamophobic remarks to continue without punishment constituted a grave danger to the protection of human rights and may lead to further prejudice and marginalisation, which will create a cycle of violence and hate.

The grand mufti of Oman, Sheikh Ahmad bin Hamad Al-Khalil, tweeted that the “obscene” comments of the spokesperson of India’s ruling party amounted to a “war against every Muslim”.

Following a strong reaction from the Muslim countries, the ruling BJP suspended Sharma and expelled Jindal from the party for their remarks, according to Hindustan Times.