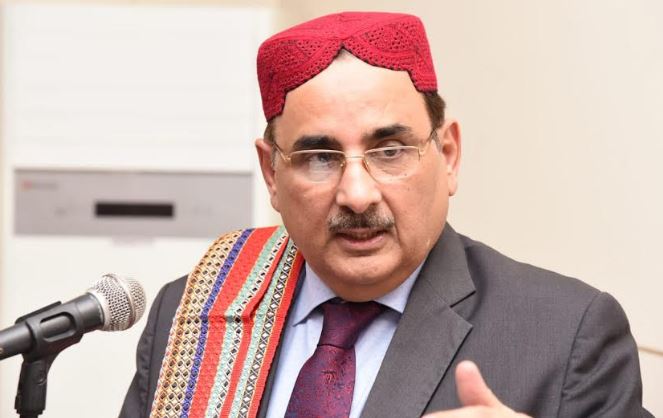 Karachi, MAY 14 /DNA/ – The Businessmen Panel (BMP) of the Federation of Pakistan Chambers of Commerce & Industry (FPCCI) has stressed the need for stopping a steep decline in foreign exchange reserves of the State Bank, terming it the key economic challenge for the new government, as the ballooning trade deficit along with dried up dollar inflows and external debt payments have plunged the foreign exchange reserves to a record low since Dec 2019.

FPCCI former president and BMP Chairman Mian Anjum Nisar observed that the since imports were rising at a rapid pace, the new government would likely to continue with import restricting policies, as the SBP has already increased the list of items subject to 100 percent cash margin requirement to control inflation and import bill.

Debt repayments have put pressure on forex reserves with the SBP, which fell by $5.5 billion during Feb 28 to April 8, 2022, to $10.8 billion. The decrease partly reflects repayment of a $2.4 billion loan from China that is scheduled to be renewed.

The urgent task that needed to be taken up was foreign exchange reserve management and for this purpose the major focus should be on negotiation with the IMF, he said. Strong relations with the US, China, and Saudi Arabia are very important in determining the outlook of foreign flows to the country and roll over of maturing debt. Moreover, initiatives for overseas Pakistanis such as Roshan Digital Account should be prioritized and proper channel flows for remittances should be maintained to keep foreign reserves afloat. He believed that the currency should be allowed to remain at its market determined level, and take any pressure from the external account. Since Jan to April, the rupee has depreciated by 6.2 percent against the dollar, whereas the real effective exchange rate as per the latest SBP report hovers at 97.91 as of Feb.

FPCCI former president said that the payment for settlement of the Reko Diq case, increasing current account deficit and delays in debt roll over resulted in rapid erosion of foreign exchange reserves, he said and added that fast depletion in reserves weighed on the rupee.

Pakistan’s foreign exchange reserves dropped to 2.6 percent in the week ending April 8, hitting their lowest level since June 2020 due to increased debt repayments and high current account deficit. Total reserves stood at $17 billion, compared with $17.5 billion in the previous week.

Reserves held by the State Bank of Pakistan decreased by $470 million or 4.1 percent to $10.8 billion, which the SBP attributed to the external debt repayments. The SBP’s reserves, based on average imports of the last 12 months, are only enough to cover nearly two months of import bills.

According to data, the SBP reserves plummeted to USD 10.308 billion, a decrease of USD 190 million. External debt repayments had resulted in the rapid descent in the reserves to outflows. The fast depletion of the foreign exchange reserves was the result of Pakistan’s inflation of twin deficits, a lack of foreign currency inflows, and a sharp increase in the foreign debt servicing obligations. Dwindling reserves have put Pakistan’s currency under immense pressure, resulting in a dip of Rs191.77 per dollar in the interbank market.

The BMP Chairman said that with the delay in the revival of the International Monetary Fund program and falling foreign currency reserves, the Pakistani rupee has hit an all-time low against the US Dollar, crippling the country’s economy further.

In the week ended August 27, 2021 the foreign exchange reserves held by the central bank soared to an all-time high of $20.15 billion after Pakistan received general allocation of Special Drawing Rights worth $2,751.8 million from the IMF on August 24. On March 30, 2021, Pakistan borrowed $2.5 billion through Eurobonds by offering lucrative interest rates to lenders aimed at building the foreign exchange reserves. It received the first loan tranche of $991.4 million from the IMF on July 9, 2019, which helped bolster the reserves. In late December 2019, the IMF released the second loan tranche of around $454 million. The reserves also jumped on account of $2.5 billion in inflows from China. In 2020, the SBP successfully made foreign debt repayment of over $1 billion on the maturity of Sukuk.

Mian Anjum Nisar said that the only way to steer out of the economic crisis is to talk with IMF as soon as possible otherwise the value of the rupee could depreciate further.