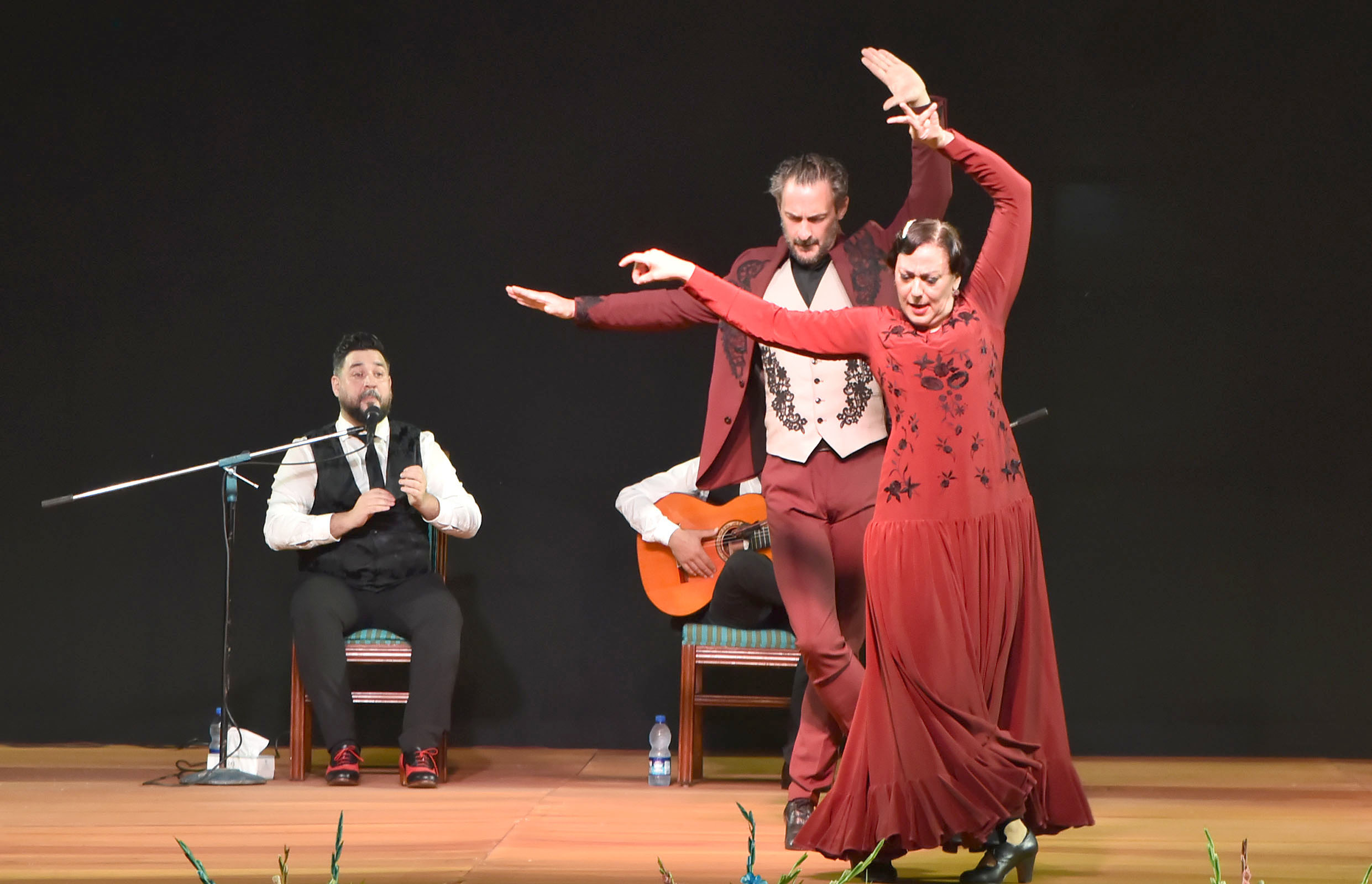 The artists will also perform in Faisalabad, Lahore and Karachi. Ambassador Duran deserves kudos for introducing this sort of music in Pakistan

ISLAMABAD: The Embassy of Spain in collaboration with the Islamabad Club organized Flamenco dance performance in the beautiful laws of the Islamabad Cricket Club, adjacent to Pakistan Sports Complex. The venue is recently inaugurated with the efforts of the Cabinet Secretary and Administrator of the Islamabad Club Ahmed Nawaz Sukhera, who himself happens to be a great lover of Cricket and a Cricketer himself.

Flamenco dance (baile) is a highly-expressive, Spanish dance form. The flamenco is a solo dance characterized by hand clapping, percussive footwork, and intricate hand, arm, and body movements. The dance is usually accompanied by a singer and guitar player.

Ambassador of Spain Manuel Duran in his brief remarks introduced the Spanish artists to the audience besides giving a brief description of what the artists were going to present. The audience could not resist themselves to shower huge applause on the artists after witnessing their spell-binding performance.

The artists will also perform in Faisalabad, Lahore and Karachi. Ambassador Duran deserves kudos for introducing this sort of music in Pakistan. During his tenure he has facilitated a number of such performances. The last performance that was organized in collaboration with the Ministry of Foreign Affairs drew huge interest.

The ambassador said, last year we celebrated a very special anniversary: 70 years ago diplomatic relations between Spain and Pakistan started by establishing in 1951 our first Embassy in Karachi, which was then moved to Islamabad.

Since then, me and all my predecessors have been working with one goal in mind: strengthening ties between our countries and peoples, increasing contacts and encouraging Pakistani citizens discover all that Spain represents: an open, friendly country, with a long and rich history that connects us with the rest of the world. As you know, Spanish culture is immense and diverse, the result of centuries of evolution and contacts with other peoples.

‘And I would like today to focus precisely on culture: the Spanish Embassy has brought a flamenco music group directly from Seville, Andalusia, to Islamabad. Today will be the starting point of a tour that will take them to other cities’.

While talking about the dance, he said, flamenco, even if it needs no introduction: Flamenco is one Spain’s most valuable world intangible cultural heritage manifestations, as listed by UNESCO. It is a mix of dance, singing and clapping. And the roots of flamenco, though somewhat mysterious, seem to lie in the Roma migration from this subcontinent to Spain between the 9th and 14th centuries. These migrants brought with them musical instruments, such as tambourines, bells, and wooden castanets, and an extensive repertoire of songs and dances. Once in Spain, these traditions merged with the art of the gypsies living in the Southwest of Spain and flamenco was born.

As you see, even if 6,500 kilometers separate our two countries, culture brings us together and shows us how close we can be. I hope you enjoy today’s cultural show.

‘I would like to hand a small token of gratitude and respect to the honorable Administrator, Mr. Ahmad Nawaz Sukhera,and to the respected Secretary, Mr. Sheharyar Mirza’.