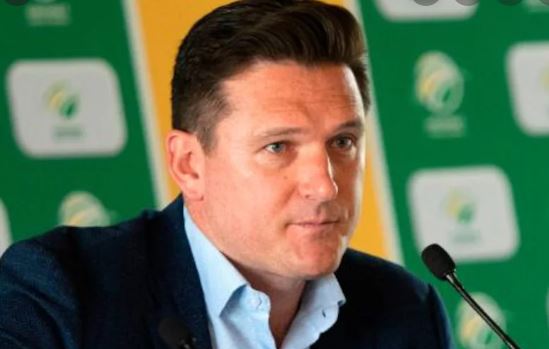 JOHANNESBURG: Former South African captain and director of cricket Graeme Smith said on Monday that he felt “completely vindicated” after an arbitration process cleared him of allegations of racial discrimination.

Cricket South Africa (CSA) announced on Sunday that two independent arbitrators found in Smith’s favour on three issues during his time as captain and later director of cricket.

In a statement, Smith said: “I’m grateful that my name has finally been cleared. I’ve always given South African cricket my utmost, as a player, captain and administrator over the last 20 years.

“So to hear these baseless allegations of racism being made has been extremely difficult, both for me and my family.

“It has been exhausting and distracting, not least because South African cricket has also been going through a well-publicised rebuilding process which has required a lot of attention.

“I am just pleased that we have now gone through a robust arbitration process before independent arbitrators and I have been completely vindicated.”

The allegations against Smith were made during a Social Justice and Nation Building process, set up by CSA. They were conducted by an ombudsman who made “tentative findings” that he recommended should be investigated further.

The claims against Smith were that he showed discrimination against black wicket-keeper Thami Tsolekile, preferring to select the white batsman/wicket-keeper A.B. de Villiers for series against England, Australia and New Zealand; that he was racially biased against black leadership at CSA and in the choice of Mark Boucher as head coach of the national team.

The arbitrators went into detail on all three matters in a 95-page report, released by CSA on Monday, and exonerated Smith on all three counts. Costs were awarded in his favour.

David Becker, Smith’s attorney, said the former captain had been the target of “a multitude of opportunistic claims and insinuations made before the SJN which were not properly tested and which were clearly false.”

Becker said the “serious and defamatory” claims had been made “by a small group of individuals with an obvious agenda to tarnish his good name and have him removed as director of cricket.”

Smith’s contract as director of cricket expired at the end of March.

“It is a testimony to his character and leadership that he has held his head high throughout this process, focused on the job at hand and continued to play a highly significant role in assisting South African cricket,” said Becker.

“Now that finality on these processes has been reached, it is appropriate to recognise the extraordinary contribution that Graeme has made to South African cricket, first as the longest-serving Test captain and then as director cricket from 2019 to 2022.

“His role as the DOC has been critical in rebuilding the Protea men’s team in particular and has laid a solid foundation for his successor.”