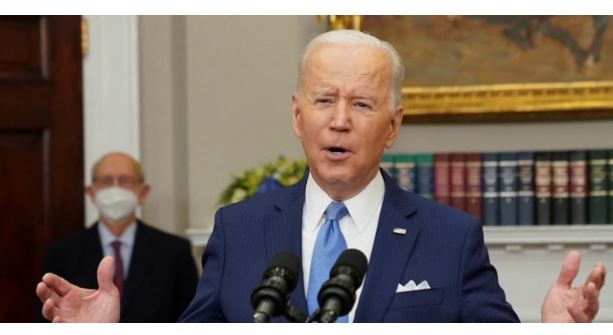 Addressing Ukrainian criticism over the decision to call on US citizens to leave Ukraine, Biden told Zelensky that the embassy “remains open and fully operational.”

While expressing support for talks this week where Ukraine and Russia recommitted to a tense ceasefire in the disputed east of the country, Biden promised that diplomatic deals would not be cut behind Ukraine’s back, saying “nothing about Ukraine without Ukraine.”

In a tweet, Zelensky said he and the US president had “a long phone conversation” and that they “discussed recent diplomatic efforts on de-escalation and agreed on joint actions for the future.”

Zelensky said he thanked Biden for US weapons deliveries and that “possibilities for financial support to Ukraine were also discussed.”