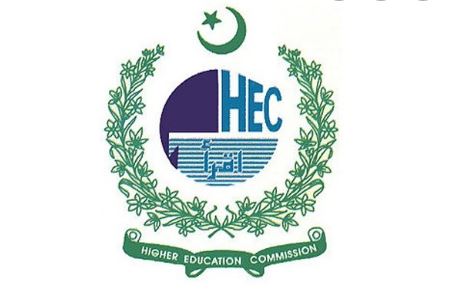 The university teachers have been divided by the Higher Education Commission of Pakistan (HEC) into two different categories even having the same nature of duties and qualifications. This odd division still is not justified though the same is introduced in 2004. The HEC has amazingly spent a lot on supporting the unnatural division of faculty in two groups of Basic Pay Scale (BPS) 90% and the Tenure Track System (TTS) 10% but luckily did not get any achievements based on this illogical discriminatory division as was expected.

Surprisingly, even the policymakers are now seeking and in search of merging the same created groups. Why was the same division done? Who did it? Who is responsible for it? Why did it badly fail? Is it expected that it may bring some positive change or shall ruin more the system and the high esteemed universities? Why it has been supported by illegal discriminatory notifications? Why the proverb regarding failed and outdated theory of One Nation Two Systems is exercised only in Pakistan? Who is the real culprit? Why are standards of teaching declining? Why research is not fruitful for the country, though millions of research papers are being published? Why fake research is promoted? Why do we pay for publication instead to earn from it? Why even published papers are declared as withdrawn due to fake facts? Why is each faculty forced and pushed to research though hired for teaching? Why HEC only requires and loves research? Why does HEC not consider teaching even for re-reappointment in the name of promotion? Are universities only research institutions or shall have to keep a standard of higher education? Why are the standards of higher education declared as substandard of top-ranking universities even evaluated by the Higher Education Commission (HEC)? Why each day new universities are established even the existing ones are facing financial and administrative problems.

Why the HEC ordinance is being violated even for the basic right of promotion of teachers? Why are only the teachers are depriving of the right of promotion just in the name of blind love for research? Why is HEC not launching and supporting national journals and forcing teachers for publishing and waste public money for international publication? Why HEC did not try to earn through such tactics of publication? Why does HEC prefer internationally published papers over national? Why a balance in teaching and research is not maintainable? Why do neither we receive the values of research, nor we could maintain the values of higher education? I am sure that an endless series of more such questions shall soon be continued and the officials of HEC after reading this article shall admit its failure instead to defend it.

For all such and other basic questions, each Pakistani has the right to ask the policymakers, in this case, the HEC and especially the commission. The said commission was established with the aims to magnify the standard of higher education and research values in the country, but unfortunately, it failed to do so, as HEC has recently issued itself a report that even the topmost ranked universities of the country have almost no standard of higher education. Why do we face such a miserable condition even spending a lot on universities? Indeed, all is answered with a simple observation that the policy of HEC is not standard, and it requires a quick revision.

The splitting of the teaching community is indeed a crime of the HEC as the theory of one nation two systems has been declared to have a bad end that has been achieved, so no more wait. The division motivated the faculty towards the undesirable race for artificial research that is of no or less use and unfortunately has pushed the teachers to ignore the values of standard teaching. The HEC has created a game of promoting the undesired research that is required for re-reappointments of BPS faculty in the name of promotion though the same must be granted on quality teaching for which the faculty is hired. Why balance in these is not maintained? Why is teaching not granted the required values? Why is research given more importance though the same is dependent only on quality teaching? Why are the hired teachers forced to concentrate only on useless research and teaching is not considered for appointment and promotion? What portion of published millions of articles in high impact factor expensively paid journals has been used for the benefits of the country? The current policy is indeed beyond the level of common sense as may not have been designed by the educated peoples. The HEC is completely failed to achieve its goals due to not understanding the real situation of blind love for research and its consequences on the quality of teaching. Actually, research is a slow process that requires a long time for stability and its utilization in the real sense, while quality teaching is essential throughout the system including research. The blind love for research has imbalanced the universities structures. This is the revised wrong and senseless policy that has ruined the standards of teaching in universities. This wrong policy has put the HEC on the way even to violate its ordinance and has created a situation wherein the fundamental rights of promotion for BPS teachers are denied. While the same right is granted discriminatorily to the TTS and the administration including HEC and in other government departments that have imbalanced the seniority and have created a situation of harassment for the BPS teachers. The university BPS teachers are now on strike not only for their legitimate rights of promotion at par with the rights of others government employees and university teachers but also demanding for revision of the fake policy that has ruined the standards of education. The university teachers are striving against discrimination among the teachers and are united under their countrywide association, the All Pakistan Universities Teachers’ Association (APUBTA). The APUBTA has submitted a draft of statutes for consideration by the commission that shall soon be approved otherwise the teachers are committed to saving the universities and education at any cost as the fake policy of HEC is no more tolerable.

A quick and simple solution to resolve such a situation is to honor the teachers and restore their dignity through the HEC ordinance. The drama of re-reappointment in violation of the ordinance must be stopped immediately otherwise the situation shall be worst as most of the teachers are now on peaceful protest under the umbrella of APUBTA that may lead to a countrywide strong protest. Furthermore, the incumbent BPS faculty must be granted the right to backdate financial benefits on deserving positions to secure their seniority and can balance the discrimination among the two categories of teachers. Otherwise, a law-and-order situation in universities shall soon be observed due to the discriminatory policies of HEC in violation of the HEC ordinance.