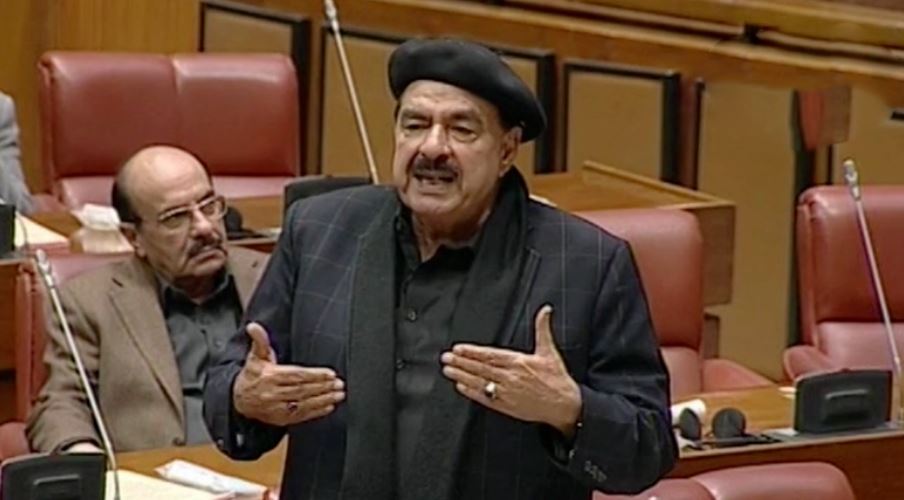 He made these remarks during a Senate briefing, saying that all members of the upper house of parliament were aware of the situation in Balochistan, where around five to six militant outfits, including Daesh, Tehreek-i-Taliban (TTP) Pakistan, Balochistan Republican Army and some Al Qaeda offshoots, were operating.

But, he assured, “our security forces are vigilant and will continue to take action against terrorists who want to destabilise the country.”

Addressing the matter of talks between the government and proscribed TTP today, Rashid said the talks were not being held anymore.

“Talks are not possible with those [elements] who are against the integrity of Pakistan,” he underlined.

The minister had on Saturday also revealed that Pakistan did not feature directly in the talks, which were held between the Taliban regime in Kabul and the TTP.

In today’s briefing, Rashid said Pakistan had provided some elements, which wanted peace, with a chance for talks. “However, those who raise strong demands that are against the integrity of Pakistan can never be engaged in a dialogue,” he said.

Moreover, he said, it was the TTP that violated the ceasefire between both sides, adding that the government “did not contact them after that”.

He also informed the Senate that arrests had been made in the Dasu bus attack case, in which 13 people, including nine Chinese nationals, were killed.

The minister also told the upper house that around 200 kilometres of fencing was left at the Balochistan border with Afghanistan.

Referring to reports of the Afghan Taliban uprooting a portion of the fence along the Pak-Afghan border, he said a portion of fencing was demolished and “it was not along the main line.”

He also asked opposition parties to delay their March 23rd rally, saying several foreign dignitaries would visit Islamabad at that time and “there will be strict security” with no room for rallies.

Today’s briefing was scheduled in response to an adjournment motion seeking an explanation from the minister over terror incidents in the country. The motion was submitted by the opposition parties on Friday.