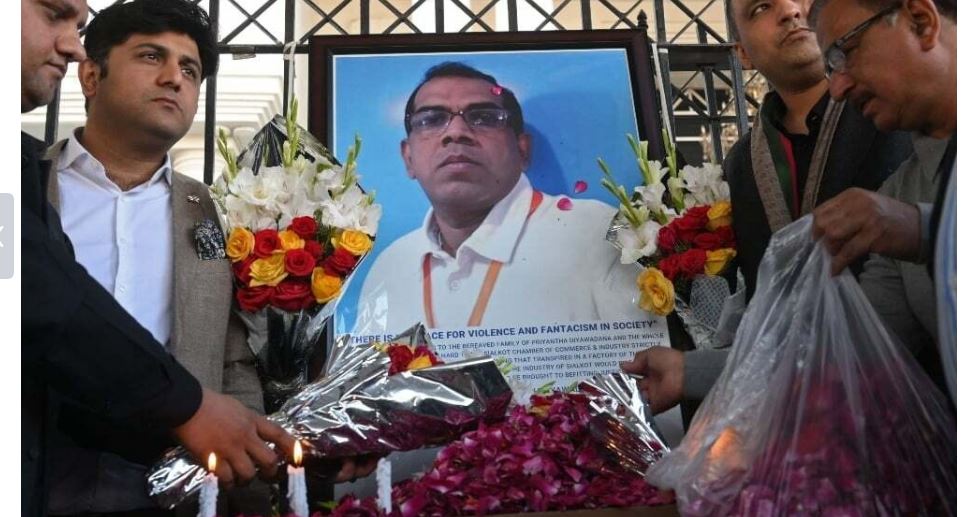 NAROWAL: A man was sentenced to one-year imprisonment and a fine of Rs10,000 on Friday by the Gujranwala anti-terrorism court for justifying the killing of a Sri Lankan citizen on social media and inciting religious sentiments.

Priyantha Kumara, a Sri Lankan citizen, general manager of Rajco Industry and Garments Factory, was lynched by a mob at the factory on Dec 3, 2021, on Wazirabad Road in Sialkot.

Convict Muhammad Adnan, 27, of Nizampur, Sialkot, uploaded a video on his YouTube channel of the murder of Priyantha and justified the killing and burning of the body.

On Dec 5, on the request of Assistant Sub-Inspector Mubarak Ali, an FIR was registered against Adnan at Ringpura Police Station for spreading religious hatred and inciting public sentiments.

He stood trial in the anti-terrorism court of Gujranwala. Judge Natasha Naseem announced the verdict on Friday.

Other accused in the murder case of the Sri Lankan citizen are on physical remand. Those accused will be produced before the anti-terrorism court in Gujranwala on Jan 31.