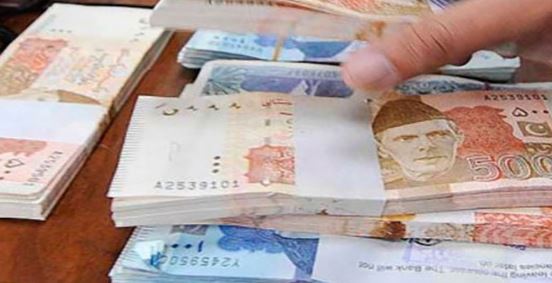 Pakistan’s official currency is struggling. The rupee continues to collapse against the dollar, and its drops are now sending shockwaves across the economy. The currency has dropped so much value in the previous four months, plunging from 169.55 to a dollar to the latest 176.74.Specialists are considering it the greatest drop in a single period in recorded history since the currency was associated with the dollar in the early 1980s.

Rupee downfall has been significantly more prominent in the previous three years. It was about 104.70 to the dollar on 1st Jan, 2017, but the country’s monetary management was criticized for deliberately propping it up using tactics that were more administrative than financially wise.

Through a slew of policy initiatives, it was permitted to establish its natural equilibrium, and it appeared to settle down to a little more than a hundred for a few months. However, despite interventions by the State Bank of Pakistan, it has been declining.

Now, international forecasts indicate that the rupee’s downhill journey will not reach a steady point in the following months and further shedding is on the cards. Fitch has raised its rating on the rupee and now expects it to trade at about 190 to the dollar over the next year.

According to one point of view, these changes are nothing out of the norm. Experts analyze the splitting of the rupee along political lines and point out how the situation has stayed approximately the same across numerous regimes. In a recent column in a local newspaper, Dr. Farrukh Saleem, an economic and financial expert who was briefly linked with the current government, provided the following figures.

This indicates fundamental difficulties relating to the import-export imbalance. When imports exceed exports, demand for the dollar rises, supply becomes scarce, and the rupee suffers. Even now, the same thing is happening.

Highest Gaps in Import and Export

For years, beginning in July 1949, almost one year after the death of the Quaid, our officials opted to maintain the rupee overvalued by not depreciating it, despite the UK weakening the pound by 30%. Except for the United Kingdom, every other Commonwealth country did so. Pound sterling became cheaper in Pakistan, and import reliance began under the pretense of the popular ‘import substitution approach’ of the time. Since then, our country has seen greater import growth, slower or stagnant export growth, growing foreign debt to pay the difference between imports and exports, and, as a result, boom-and-bust growth cycles.

Most, if not all, of our finance ministers are concerned about currency flexibility.

Historically, our exchange rate has benefited imports at the cost of exporters. Nonetheless, we persist to criticize our low export performance. We appear to prefer grieving rather than making the difficult decision to make foreign exchange consistently pricey. Should we also applaud ourselves for our exceptional import growth performance?

Many economists tend to make absurd claims, such as ‘depreciation relates to a rise in debt.’ They failed to see that by failing to depreciate in a timely manner, we fueled import demand in the first place, which was largely supported by expanding foreign debt. Many people still assume, based on erroneous economic regressions, that exports do not respond to exchange rates.

Many people continue to assert that our exports have a high import content, but they never inquire why. It is high largely due to the historically constant advantageous exchange rate for imports, i.e., the inflated rupee.

Pakistan has recently had one of its largest deficits between imports and exports, making dollars a valuable asset sought for by importers. Other elements are also at work. The United States’ monetary policy is tighter than it was previously, and its inflation rate is lower than Pakistan’s, which is hovering around 10%.

Regional developments are also to blame for the rupee’s depreciation. As an ungoverned area between the two nations allows for illicit cash flow, Afghanistan is draining dollars out of Pakistan’s economy.

Vagaries of the Rupee

No matter how many dollars the State Bank floats on the market to help balance the situation, they are all absorbed by individuals who trade in currency illegally. Local market factors triggered by the rupee depreciation and rush for the dollar are also in action. Saving in dollars provides a hedge against inflation and protects against the whims of the rupee.

There are expenses associated with the rupee depreciating. Take a loan for example. According to statistics, the currency devaluation itself has increased Rs1.9 trillion to the country’s domestic deficit. Because international loans must be paid in dollars, the rupee depreciation is not good news for a government with limited reserves.

There are credibility problems as well. The rupee was the highest appreciating currency in Asia seven months ago. It is now the worst of the lot.

Currency depreciation isn’t always a negative thing if it boosts exports. So yet, this has not occurred. While exports have increased, imports have far outpaced them, sending the rupee into a tailspin.

Securing the national currency and allowing it to approach its true value is a critical economic aim. The status of the currency is a clear indication that Pakistan’s route to long-term economic recovery would be lengthy and convoluted.

A survey of regional currencies vs the US dollar reveals that the Pakistani currency has depreciated dramatically in comparison to others.

In the instance of Bangladesh, the Bangladeshi Taka was valued at 85.76 per US dollar, and it has ranged between 84 and 85.9 on average during the previous two years.

Meanwhile, the Pakistani rupee fell further in value, reaching Rs177 against the US dollar in December 2021. Over the previous three and a half years and four months, it has fallen drastically from Rs123 to Rs177 versus the US dollar.