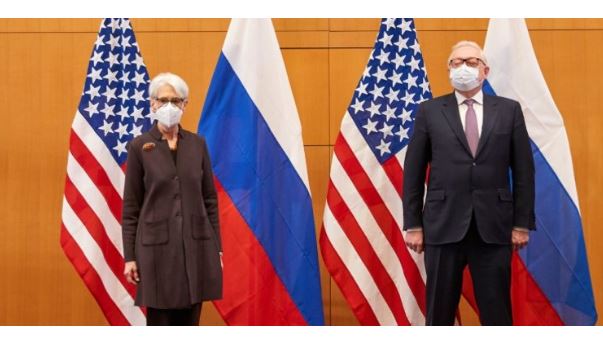 The United States and Russia have concluded security talks in Geneva, the U.S. State Department said on Monday.

Russian Deputy Foreign Minister Sergei Ryabkov described security talks on Monday between Moscow and Washington as professional but said a breakthrough and compromises were needed.

Ryabkov said Russia would decide on whether to continue talks with the United States after planned meetings this week with NATO and in the auspices of the OSCE.

Speaking at a news conference after the talks in Geneva, Ryabkov said there was a basis for agreement between Russia and the United States but that Washington should not underestimate the risks of confrontation.

US Deputy Secretary of State Wendy Sherman, on the other hand, said the US was open to further talks with Moscow about the positioning of its military personnel and equipment in the region, if Russia was open to taking similar steps.

Such talks could take place, for example, within the framework of the Russia-NATO Council, which meets in Brussels on Wednesday, Sherman said.

But she once again rejected Russia’s demands for guarantees for an end to NATO’s eastward expansion.