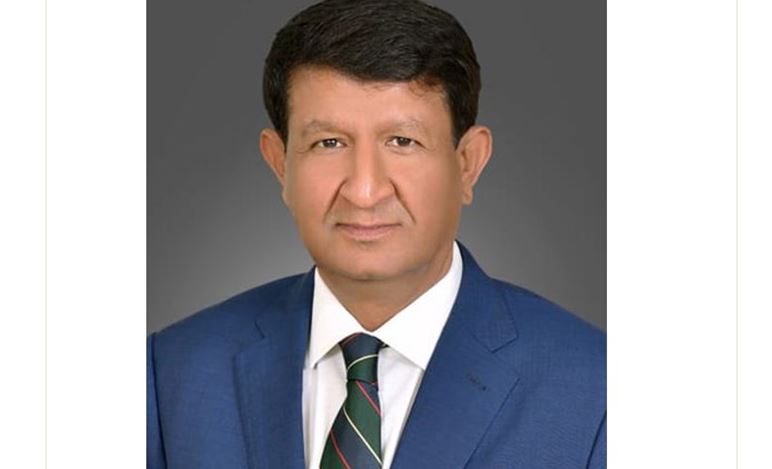 The appeasement of Nazi Germany in the 1930s spectacularly failed in its attempt to prevent the outbreak of the Second World War. In 1938, after British Prime Minister Neville Chamberlain agreed to the fatal compromise on Czechoslovakia’s German-speaking Sudetenland at Munich, Winston Churchill said: “You were given the choice between war and dishonor. You chose dishonor and you will have war.” War broke out a year later after Germany invaded Poland. The rest is history, and its consequences were devastating.

Three-quarters of a century down the line, yet another appeasement is now in play. This time, Iran is the aggressor and the US the appeaser.

The venue is Vienna and the end goal less than ideal: To delay the possibility of Iran acquiring a weapon of mass destruction, rather than permanently cap its ability to do so. President Barack Obama tried before, fueling Iran’s aggression across the region. His Democratic successor, Joe Biden, is now trying again, overlooking the consequences of this aggression.

Since 1979, Iran’s clerical rulers have thrived on perpetual conflict with America and its allies in the Arab world, sponsoring terrorist assassinations, inflaming sectarian passions and flouting international commitments. More than a decade ago, Iran’s unlawful pursuit of nuclear weapons alarmed the International Atomic Energy Agency, compelling the UN Security Council to pass a number of punitive resolutions. But the worst was yet to come.

The 2011 Arab Spring provided Iran with an opportunity to gear up its proxy warfare in Bahrain, Yemen, Iraq, Syria and Lebanon. Yet, in 2015, without consulting his Arab allies, Obama went ahead with the so-called Joint Comprehensive Plan of Action — handing more than $100 billion in sanctions relief to Iran in return for its nuclear compliance for a decade or so.

The ayatollahs instead shifted their focus to amassing short and medium-range ballistic missiles and precision-guided munitions, which the Islamic Revolutionary Guard Corps has, through its affiliates, used against Arab nations and American forces.

In response, President Donald Trump in 2018 exited the “horrible” accord and exerted “maximum pressure” on Iran; but he did so only to protect US interests and not those of Washington’s Arab allies.

Ironically, just as Iran has intensified its aggressive activities in the Middle East, the US has eroded its security commitments in the region. This is a bipartisan policy, which began with Obama’s pivot to Asia strategy, continued with Trump’s America First slogan and now sees a declared US geopolitical shift to the Indo-Pacific under Biden.

It is, however, on the nuclear front that the appeaser’s kowtowing before the aggressor is unraveling rather starkly. Biden has already wasted almost a year attempting to woo Iran back to the JCPOA, despite its consistent breaches of the nuclear accord since 2019.

Consequently, the breakout time Tehran needs to make a nuclear weapon has now shrunk to a matter of weeks, from three months in 2015, which Obama claimed to have extended to one year under the JCPOA. A return to this status quo ante would be fraught with great risks. Unless the timeline is extended by another decade or so, Iran has a few years left under the nuclear deal’s sunset clauses to resume clandestine nuclear operations without any international oversight.

Even an Iranian return to the nuclear accord becomes meaningless when one considers that the IAEA has already raised the alarm that Tehran has seriously breached the limits set by the JCPOA on the level and volume of uranium enrichment and the number and type of centrifuges.

Iran has produced uranium metal, a crucial element in nuclear weapons; enriched enough uranium to 60 percent purity, a short distance to the 90 percent purity needed for nuclear weapons; increased its production and use of advanced centrifuges for nuclear enrichment; and accumulated the scientific knowledge needed to develop nuclear weapons. It has also restricted or even blocked IAEA inspectors’ access to declared nuclear installations at Natanz and Fordow and the centrifuge assembly plant at Karaj, while several of its undeclared and suspected nuclear sites remain beyond their reach.

Now in their eighth and probably final round, the so-called P5+1 talks on the JCPOA’s revival in Vienna are hostage to the whims of Iran’s hard-line negotiators. They have spared no opportunity to sabotage them by making unrealistic demands that the US must first lift all economic sanctions — even those not covered under the JCPOA — and also guarantee that no future president will withdraw from the accord.

Biden’s team is effectively cornered, unable to even directly participate in the Vienna talks upon Iranian insistence. It no more insists on a “longer, stronger” agreement — one that incorporates Iran’s malign activities and ballistic missiles. And it prefers to blame Trump for providing Iran with the pretext to violate the JCPOA, instead of confessing its own timidness in dealing with such an aggressive rival.

Appeasement breeds aggression. Rather than learning this key lesson from the buildup to the Second World War, Biden has incentivized Tehran’s march toward the bomb by refusing to impose any consequences on the clerical regime for its provocations. What prevents him from taking firm action on an issue where the cost of inaction is unaffordable is hard to fathom.

The US still has a narrow window of opportunity to preempt Iran’s nuclear breakout by immediately forsaking this useless nuclear diplomacy and adopting a range of sequential actions, such as ratcheting up the sanctions regime and sending a clear message that, if Iran chooses to cross the Rubicon on this issue, it must be ready to face resolute military action.

The JCPOA was endorsed by UN Security Council Resolution 2231 of 2015. The IAEA has collected enough evidence about Iran’s treaty violations for a censure resolution by its board of governors and to place it before the UNSC, where China and Russia can at best abstain from proceedings meant to invoke the use of force under Chapter VII of the UN Charter. Of course, such a course would have its own consequences, but that’s a different story.

• Ishtiaq Ahmad is a former journalist who has been Vice Chancellor of Sargodha University in Pakistan and Quaid-e-Azam Fellow at the University of Oxford.