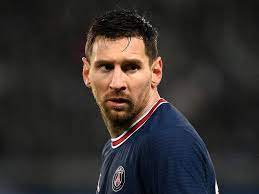 Argentina’s Messi, who was representing PSG in the French Ligue 1 returned with a positive COVID-19 test. Defender Juan Bernat, back-up goalkeeper Sergio Rico and midfielder Nathan Bitumazala are the other players who returned positive tests.

The football franchise said that the contracted players have isolated themselves until they returned negative results.

The players are due to travel on Monday, to third-tier club Vannes for a French Cup round-of-32 match.

PSG leads Ligue 1 with 46 points after 19 games, 13 points ahead of Nice in second place.